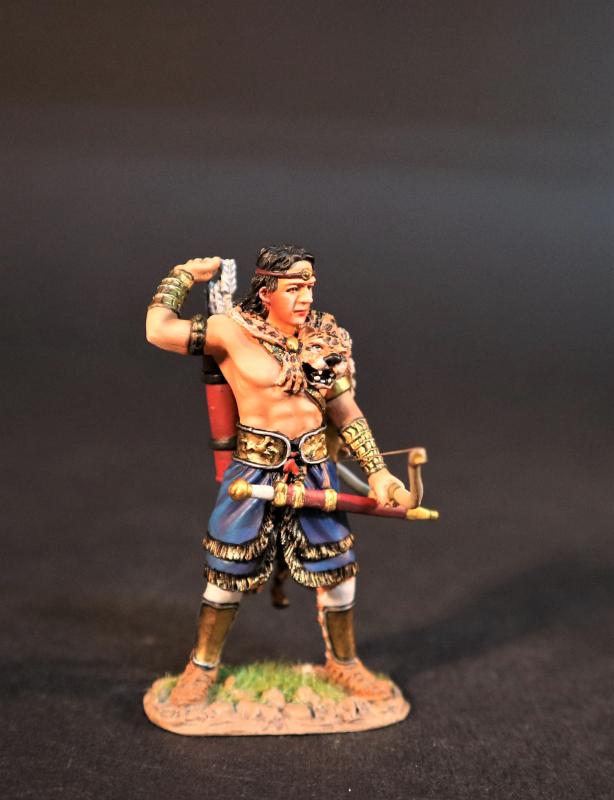 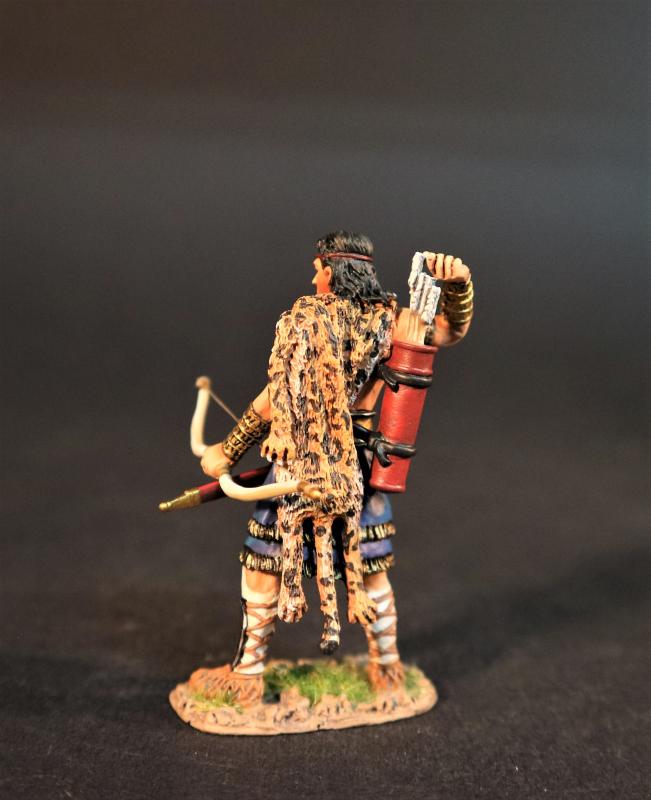 Paris, Troy and Her Allies, The Trojan War--single figure with spear
$56.00

Paris was the son of king Priam and Queen Hecuba of Troy.  He is best known for his elopement with Helen, queen of Sparta, being one of the immediate causes of the Trojan War.

Later in the war he fatally wounds Achilled in the heel with an arrow as foretold by Achilles’ mother, Thetis.

Homer’s Iliad casts Paris as unskilled and cowardly.  Although Paris readily admits his shortcommings in battle, his brother Hector scolds and belittles him after he runs away from a duel with Menelaus that was to determine the end of the war.  His preference for bow and arrow emphasizes this, since he does not follow the code of honour shared by the other heroes.

Later in the war, after Philoctetes mortally wounds Paris, Helen makes her way to Mount Ida where she begs Paris’s first wife, the nymph Oenone to heal him.  Oenone refuses, and Paris dies later the same day.

After Paris’s death, his brother Deophobus marries Helen, and was then killed by Menelaus in the sack of Troy.