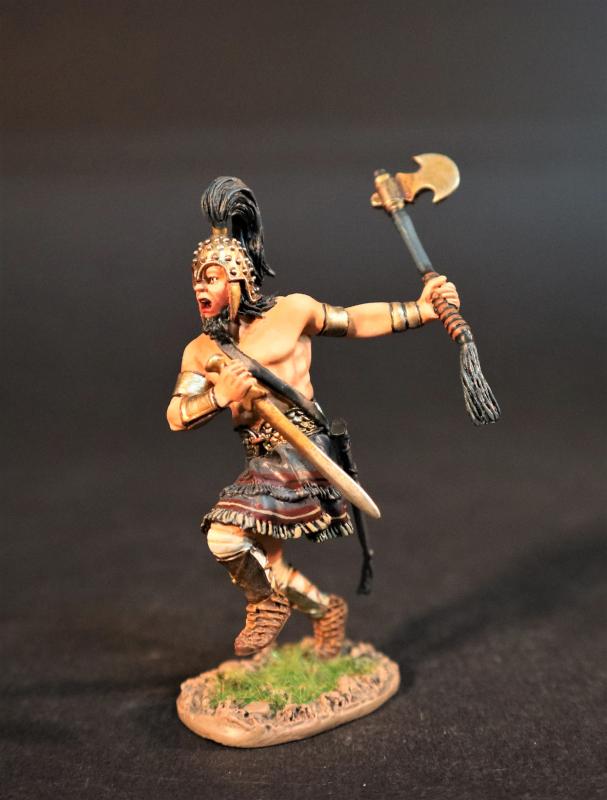 Myrmidon Warrior (running with sword & axe), The Myrmidons, The Greeks, The Trojan War