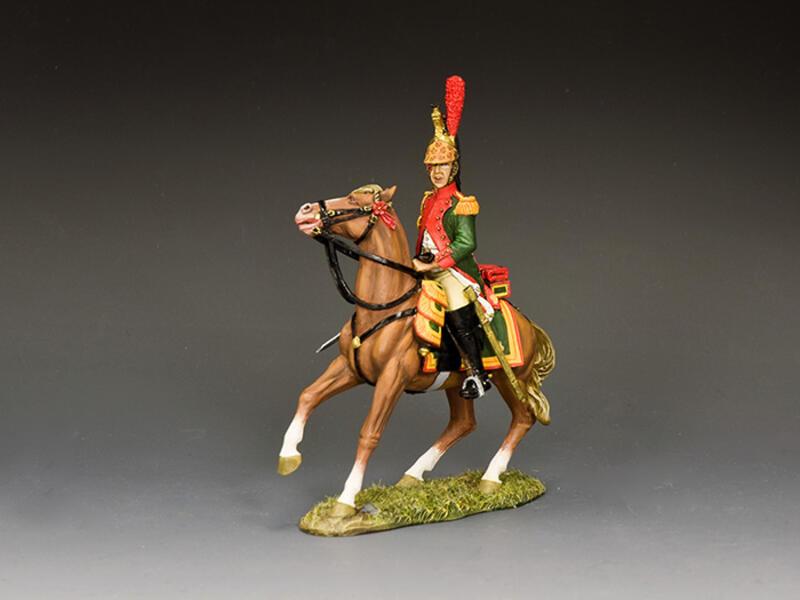 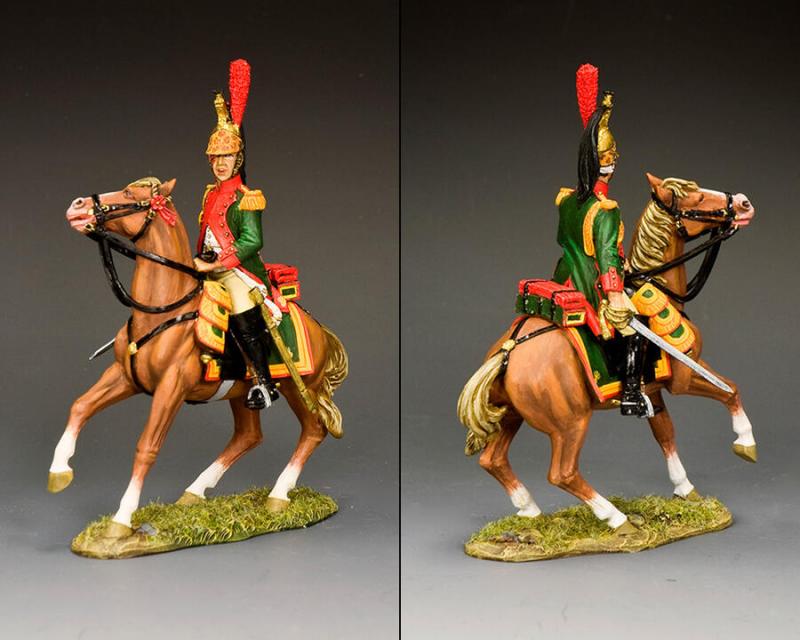 Sabre in right hand and reining in his horse with his left, this officer leads his men into battle.