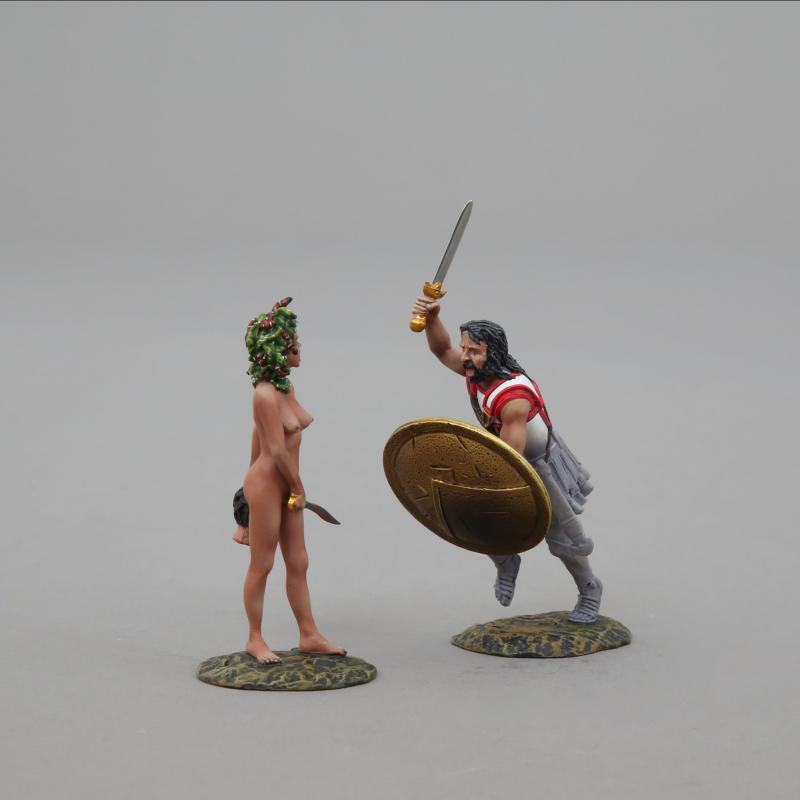 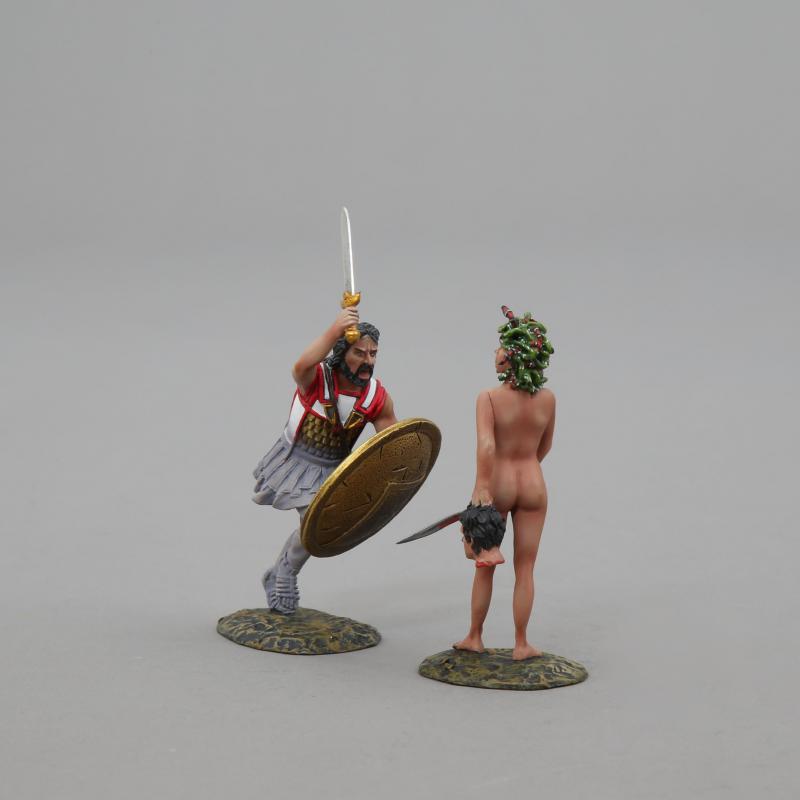 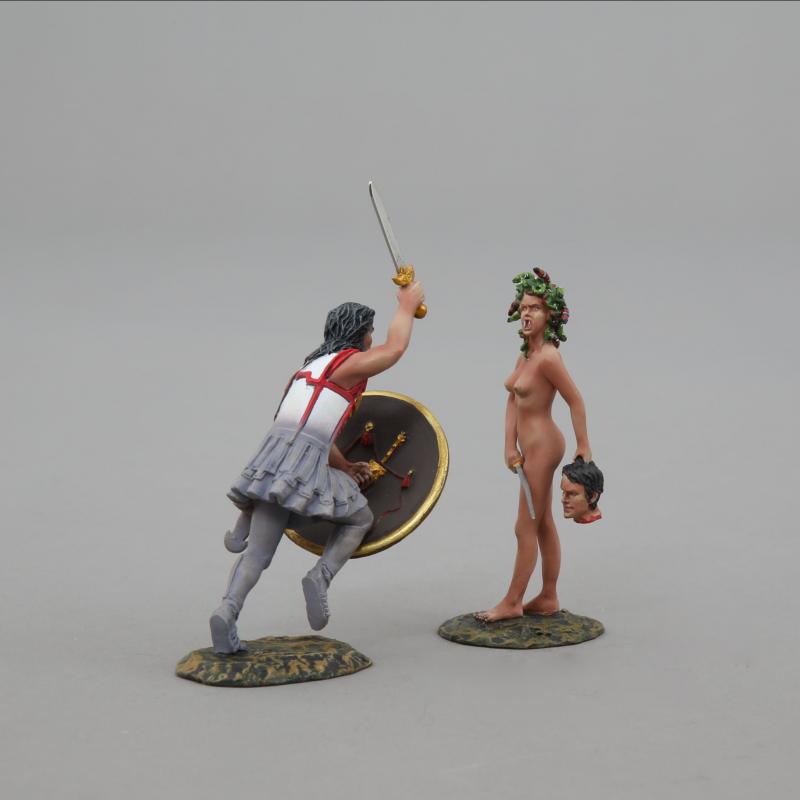 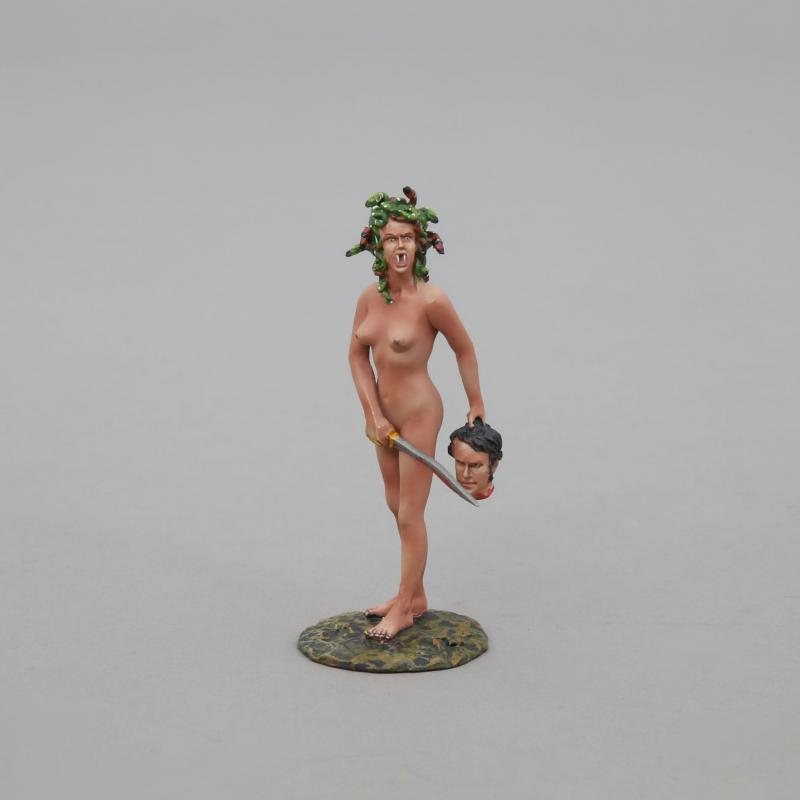 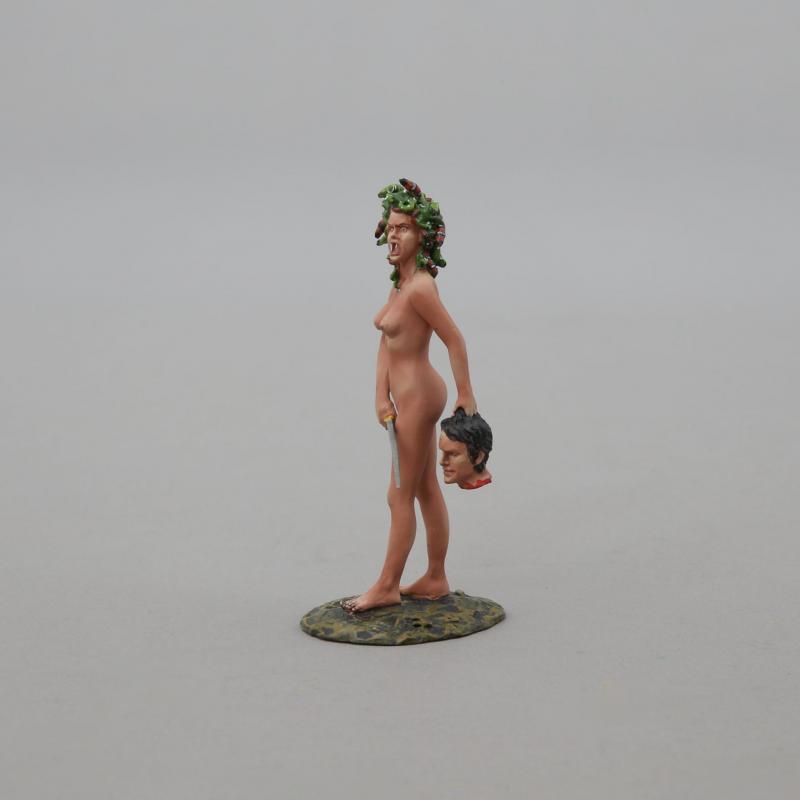 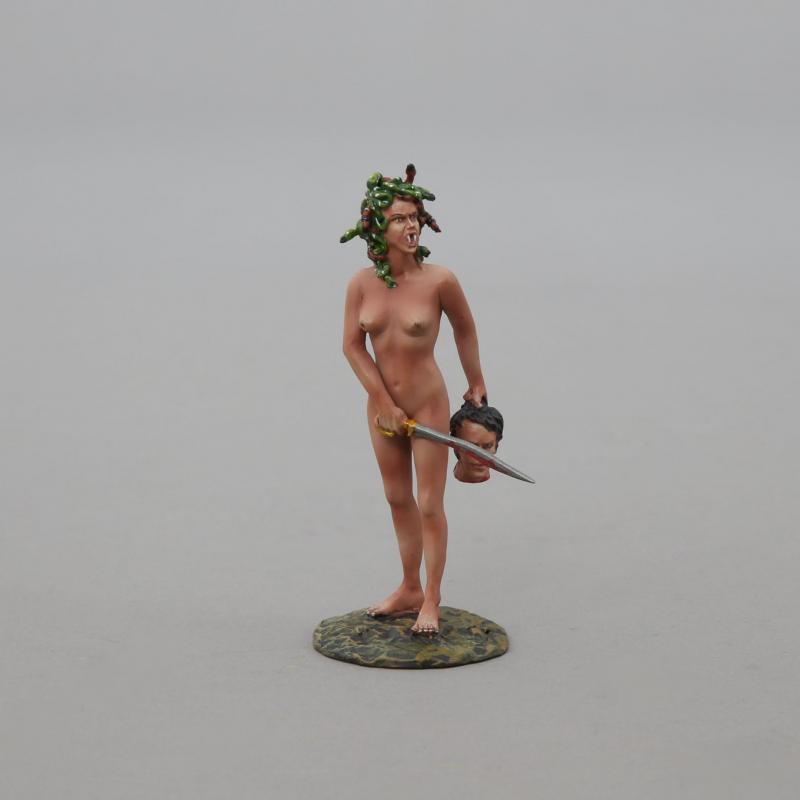 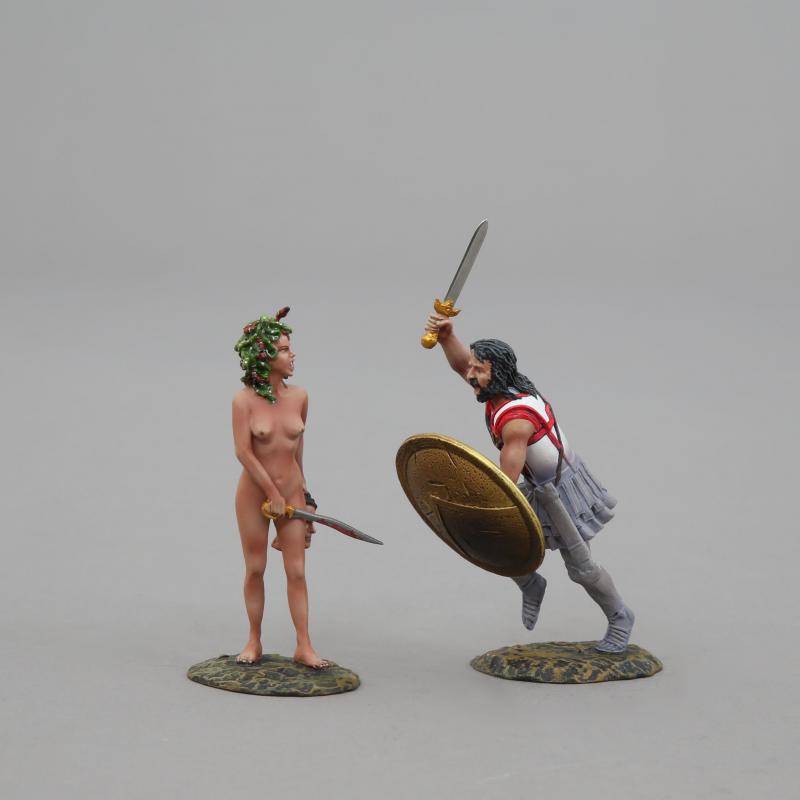 Greek mythology tells us that Medusa was one of three Gorgons sired by Phorcys and Ceto.  Medusa was the deadliest of the sisters, with snakes in her hair and the ability to turn men into stone simply by looking at them.  Legend has it she was eventually killed by Perseus who used a reflective shield to protect himself from her gaze and behead her.
In our variant, we have Medusa repelling an assailant with her gaze, who is being turned to stone as he runs towards her.