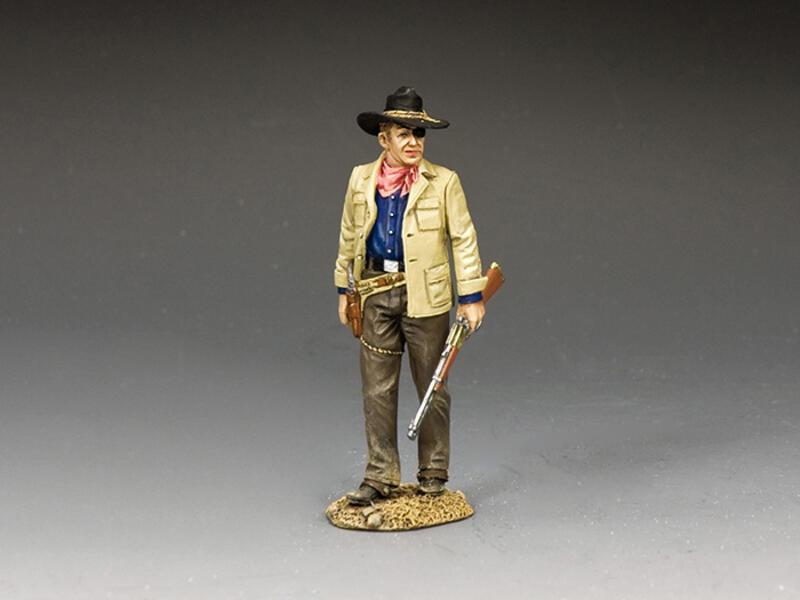 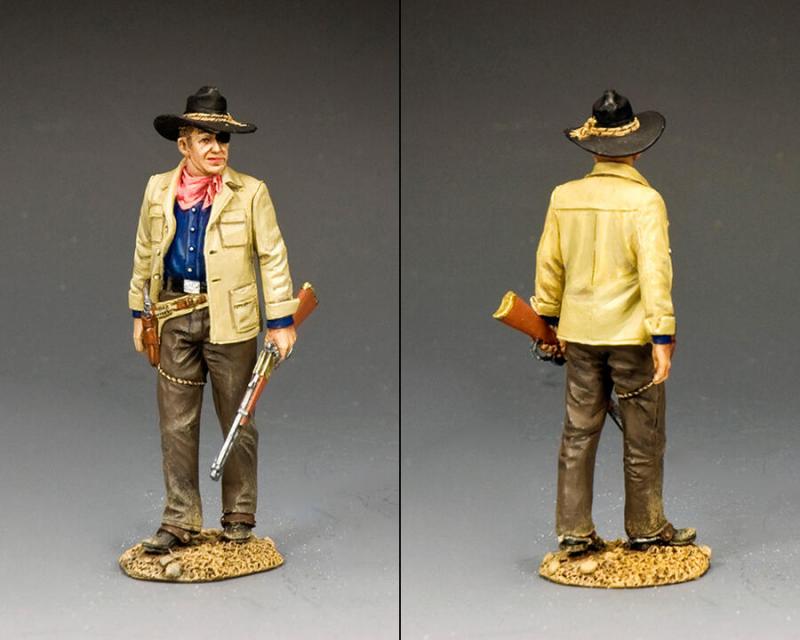 Marshal Reuben ‘Rooster’ Cogburn was the fictitious creation of writer Charles Portis in his 1968 novel ‘TRUE GRIT’, which in turn was made into a hit 1969 movie of the same name starring John Wayne, who won his only ‘Oscar’ for playing the title role.  The film was made again in 2010 starring the inimitable Jeff Bridges in the Cogburn role.

Our little Winchester toting figure is a tribute to a great book and two terrific movies as well a rare breed of Western lawman!