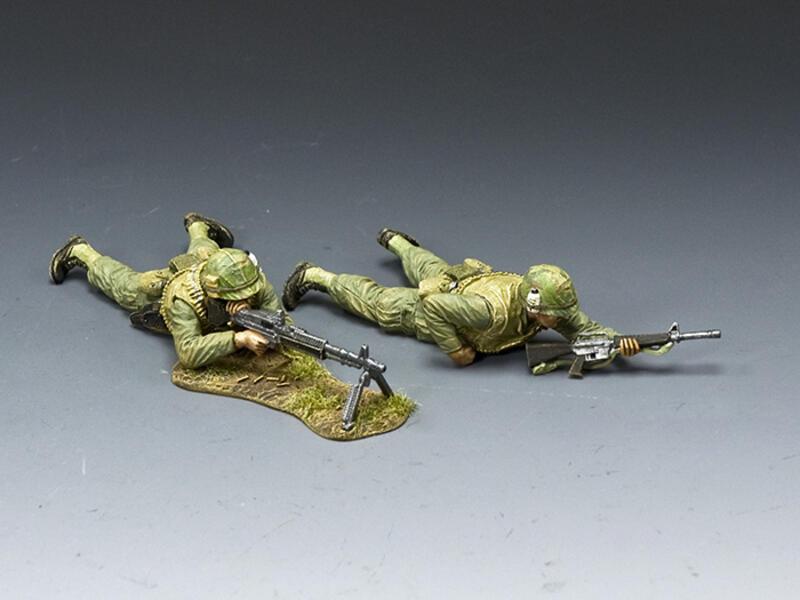 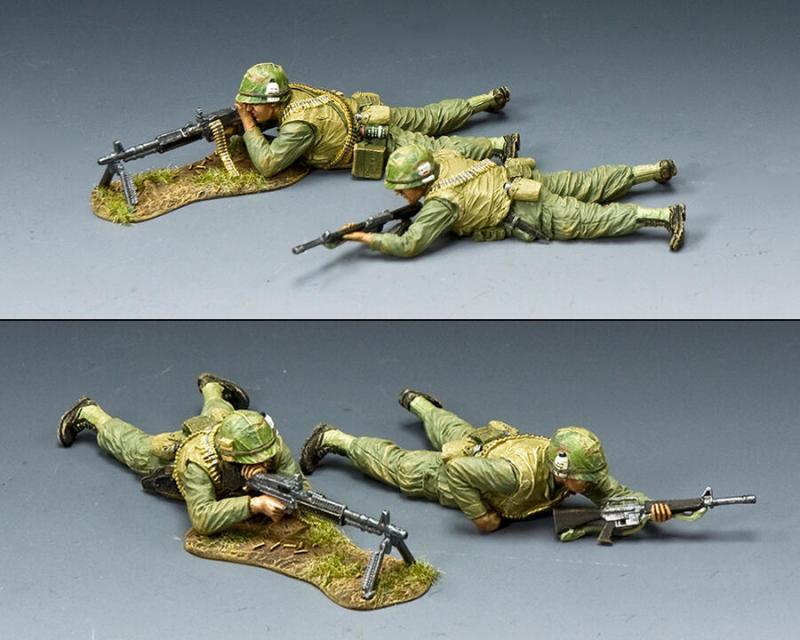 The M60 Machine Gun is one of the iconic small arms of the Vietnam War.  Known affectionately or otherwise as “The Pig”, America’s 7.62mm machine gun provided infantry squads with a powerful ‘base-of-fire’ weapon at a time when every foot soldier in the U.S. Armed Forces was being re-equipped with the controversial 5.56mm caliber M16 Automatic Rifle.  Developed in the late 1940s and into the 1950s, the M60 was America’s first real General Purpose Machine Gun.  Its design owes a substantial debt to Nazi Germany’s WWII belt-fed MG42 machine gun and the revolutionary FG42 Assault Rifle.  Adopted in 1957, the M60 has been in constant use in a variety of different combat roles for more than 50 years... and is still in production.

Here is our U.S. Marine two-man ‘fire team’, both in the prone position and laying down fire on an enemy position.