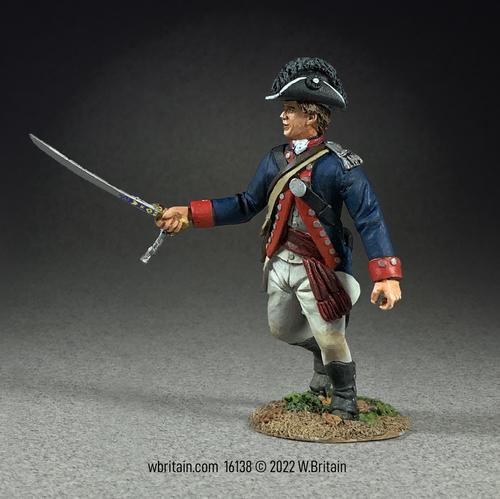 Officers during the 18th and 19th century had to provide their own uniforms, and, as a result, usually had some latitude in the exact details of quality.  If the officer had the wherewithal, the most current fashion and cut would be incorporated within the current regulations.  Sashes were usually silk, and swords imported from Europe with German blades and English or French fittings.  Belt plates and buttons were silver plated for infantry and gold plated for artillery and staff.  Very little primary source information survives about the detail of dress of the Legion of the United States, but it was customary for company officers to dress in a fashion much like the enlisted men.