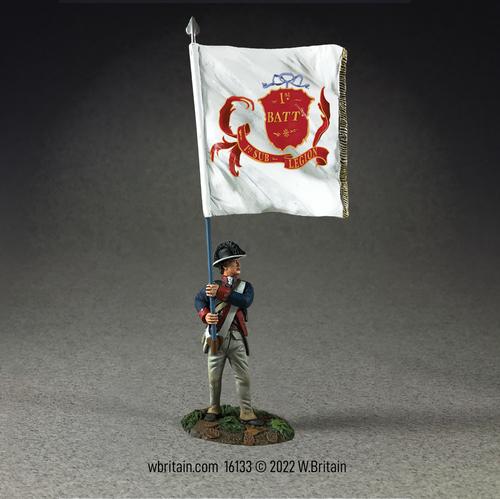 Very few early American military flags survive today.  Silk was the preferred material for flags in 18th and 19th century, and silk simply degrades becoming brittle, thus easily damaged beyond repair.  In many cases the only parts of early silk flags that survive are areas that have been painted with a design, the oil paint creating a protective surface encased by the linseed oil and pigments.  One rare surviving flag now in the collection of the U.S. Military Academy at West Point New York is the white silk flag of the 3rd Battalion of the 1st Sub-Legion which descended in the family of Colonel Hamtramck after 1793.