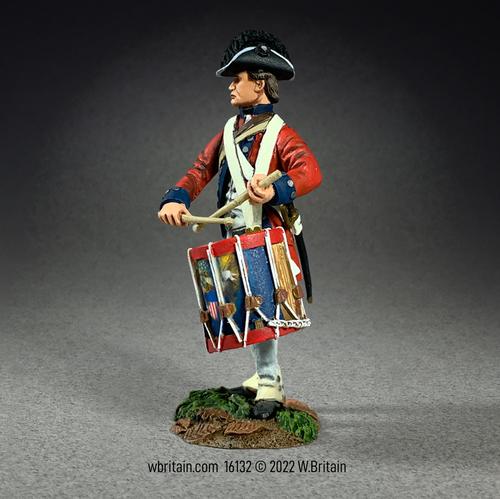 Although in many ways the dress and training of the Legion of the United States was a departure from the traditional organization of the United States Army, the tradition of dressing the field musicians in reversed colors was retained.  Drummers and fifers of the period were still important components of an infantry company, not only signaling important battle commands, but every day duties by beats and tunes.  The reversed colors of their uniforms made them easy to identify by officers and men alike from the rank and file wearing blue coats faced red.