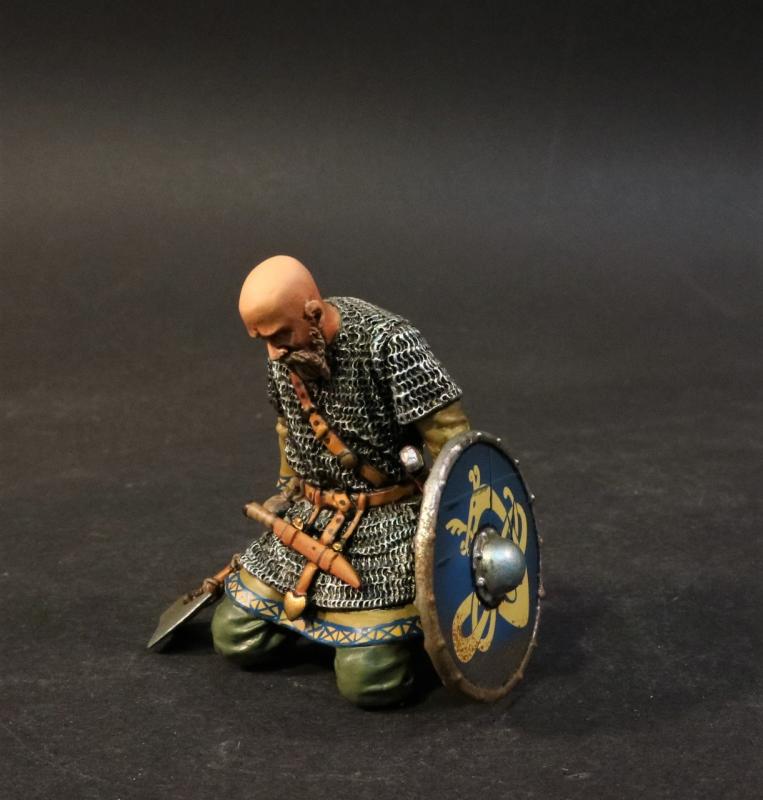 Kneeling Viking Warrior with axe and bald head (blue shield with yellow dragon pattern), the Vikings, The Age of Arthur