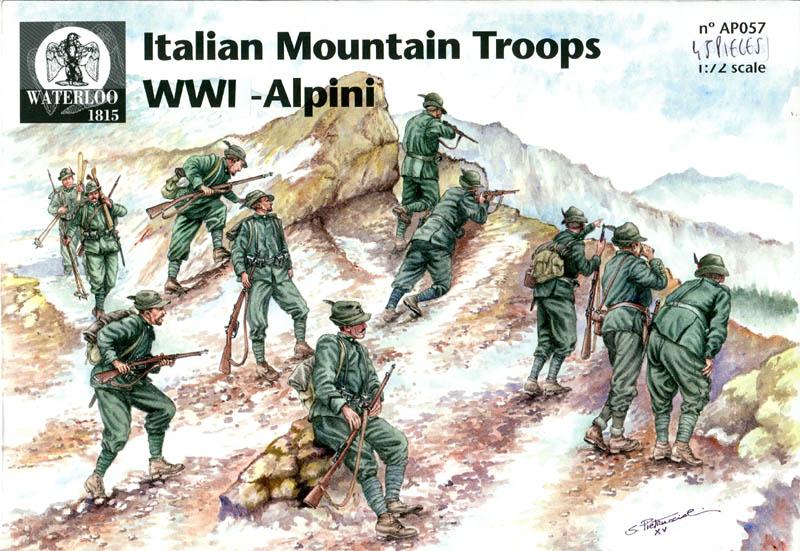 With so many mountains, it is hardly surprising that Italy has long had a tradition of producing good troops that could operate in such difficult terrains.  With the unification of the country following the fall of Rome in 1870, the now famous 'Alpini' were formed just two years later to defend the new country's northern frontiers.  Initially just a militia, they soon grew to become an elite unit within the Italian Army, and by the outbreak of war in 1915 there were eight regiments of Alpini ready to face their Austro-Hungarian opponents.  This was just as well, for much of the fighting took place in cold mountainous conditions, and in Italy it became known as the White War or the War of Snow and Ice.