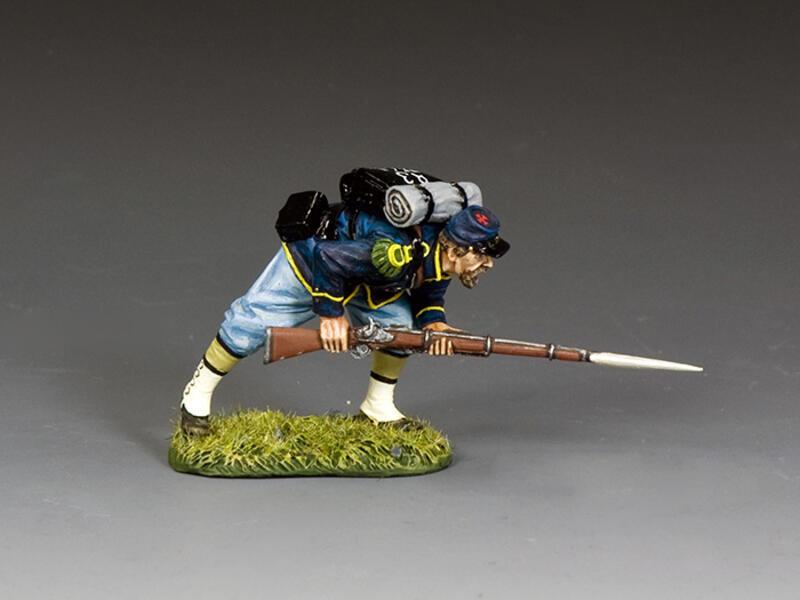 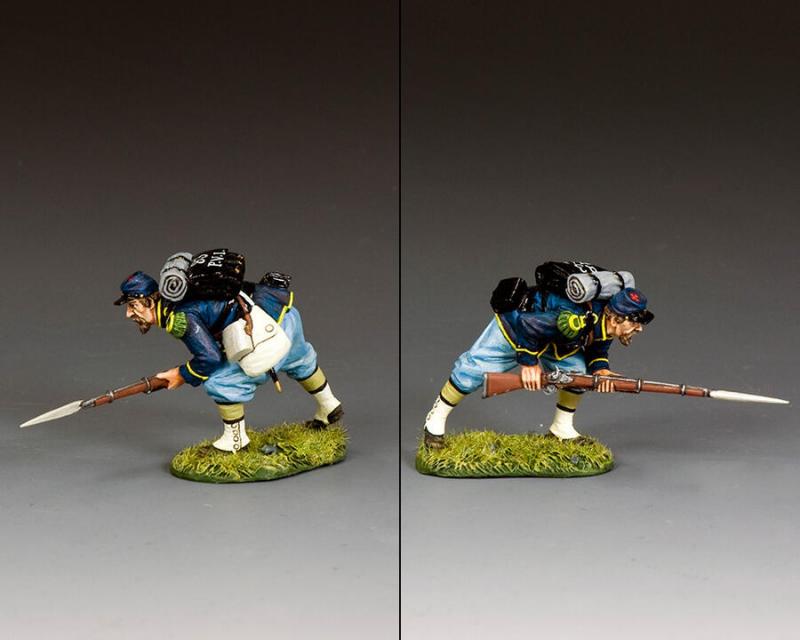 This volunteer cautiously edges forward, rifle and bayonet ‘at the ready’.