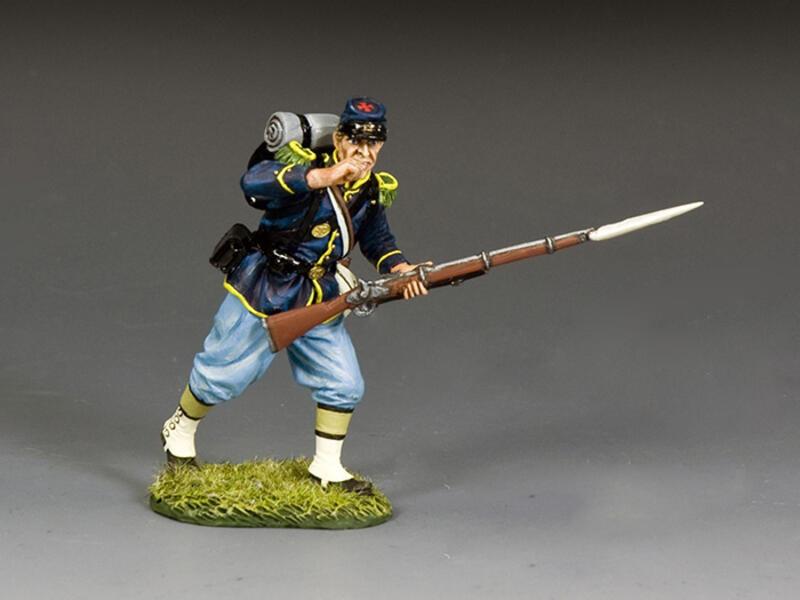 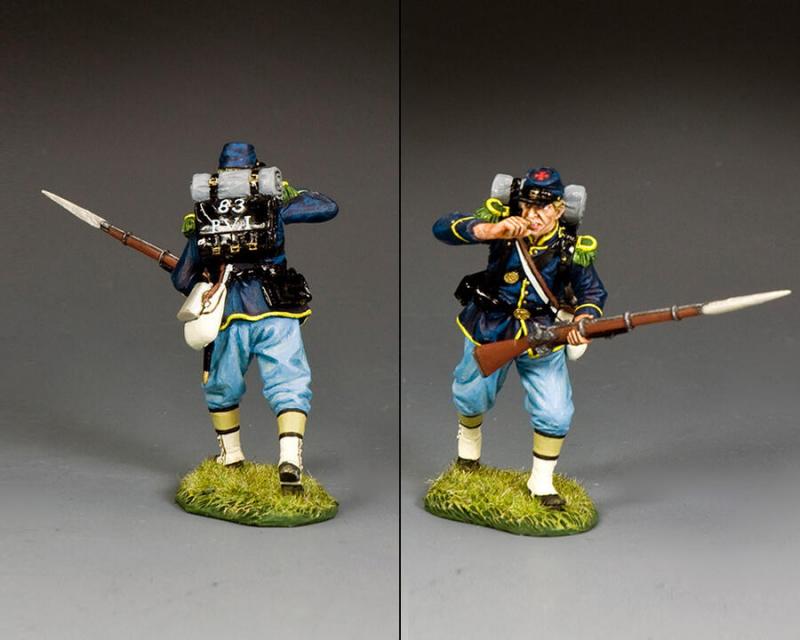 During the American Civil War, the most commonly used cartridge for muzzle loading weapons was the ‘paper cartridge’.  A paper cartridge contained a pre-measured amount of powder with the metal ball in a sealed unit often coated with beeswax, lard or tallow.
The standard procedure for loading a musket or rifled musket involved the following:
1. Hold the musket level, place at half cock and open the flash pan.
2. Bite open the paper cartridge, pour a small quantity of powder into the pan and close it.
3. Hold the musket vertically and pour the remaining powder down the barrel.
4. Ram the ball and remaining paper down the barrel with the ramrod.
The paper, typically a thick, sturdy type, keeps the bullet centred in the bore and the weapon is now ready to fire.