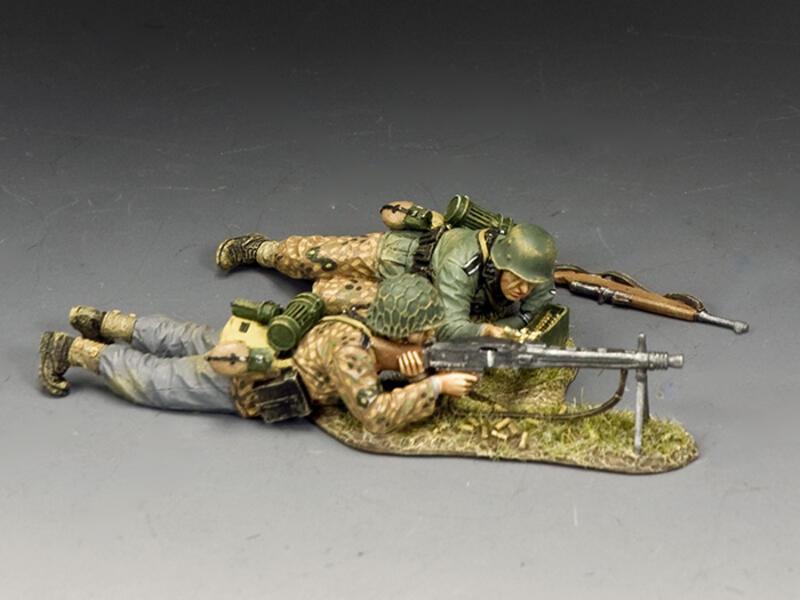 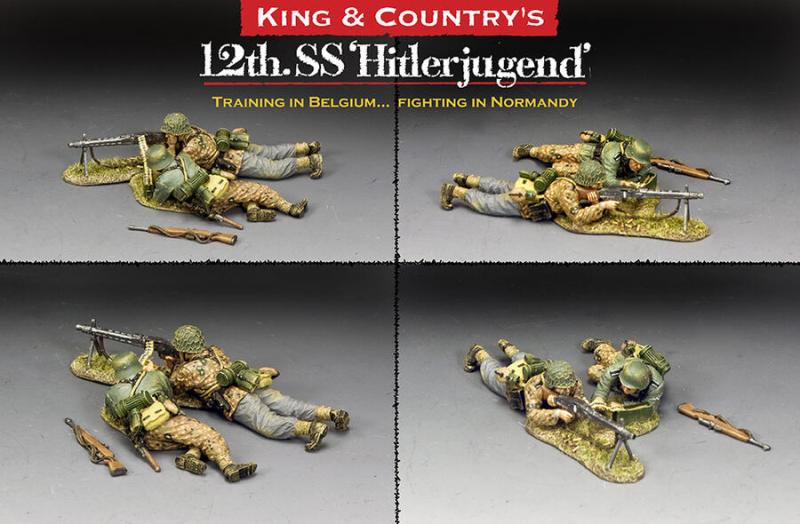 This two-man team lies prone behind their deadly MG42 machine gun about to open fire on some advancing ‘Tommies’.