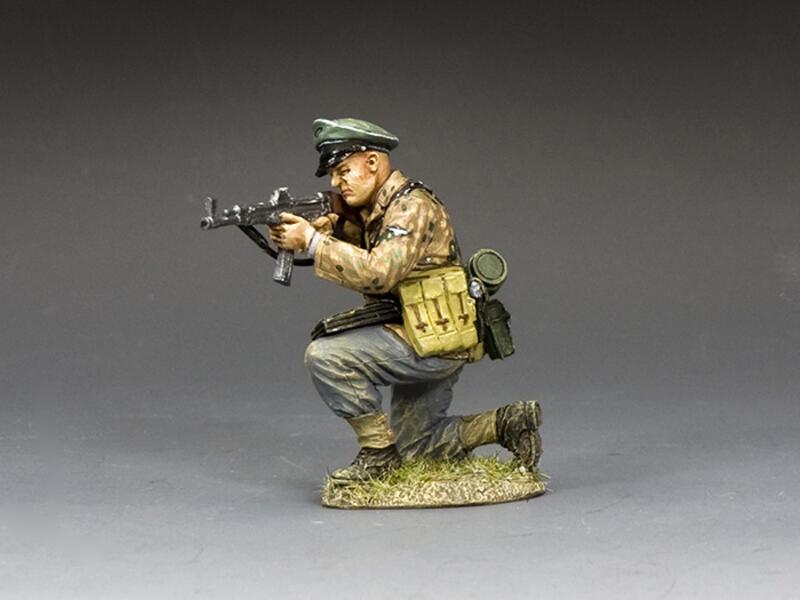 This NCO (non commissioned officer) kneels down to take careful aim with his MP44 Assault Rifle.