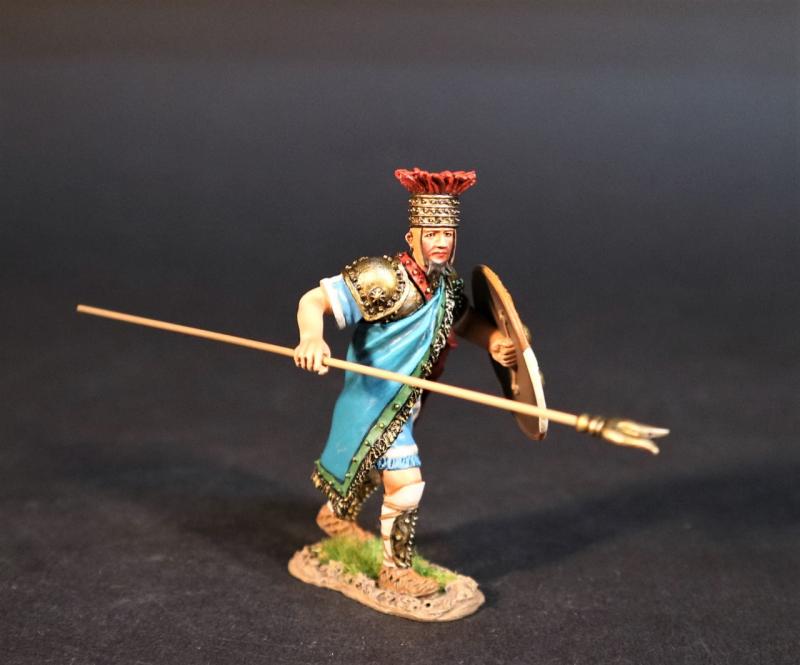 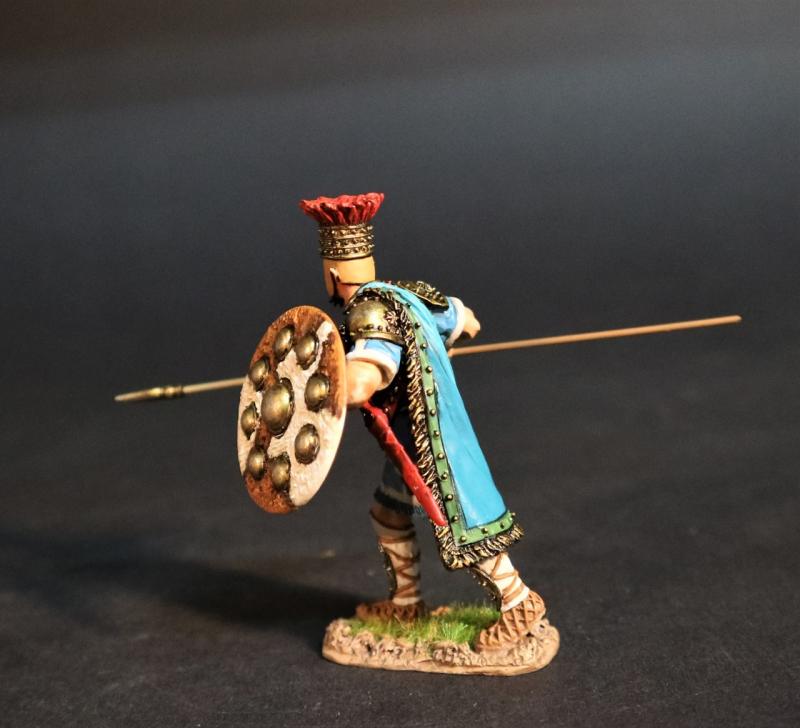 Glaucus, Troy and Her Allies, The Trojan War--single figure with spear and shield
$56.00

Glaucus, the son of Hippolochos, accompanied Sarpedon to Troy along with his troops from Xanthos.  Himself a prominent warrior, Glaucus meets the Greek hero Diomedes on the battlefield, who is leading the Greek forces with the help of the goddess Athena.  Glaucus and Diomedes exchange words and upon learning about each other's ancestry, the two warriors decide to not fight each other despite being on opposing sides.  Coincidentally, both their grandfathers shared a bond of friendship in the past.  They continue the tradition of friendship by giving each other their own armour as a gift and part ways as friends.

After the death of Sarpedon, Glaucus, filled with anguish and sorrow over his fallen commander and cousin, reminds Hector of his duty to the Trojan allies.  Fierce fighting breaks out around the body of Sarpedon as both sides aim to claim the body of the Lycian commander.  Just as Trojans take the armour from his body, Apollo appears, accompanied by Hypnos and Thanatos, to cleanse the body and ease it back to Lycia.  Glaucus follows in the steps of Sarpedon by leading the Lycian troops after his death