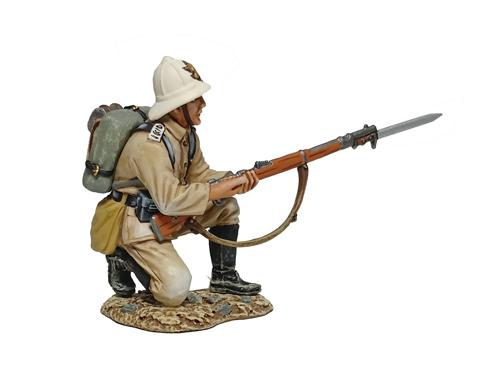 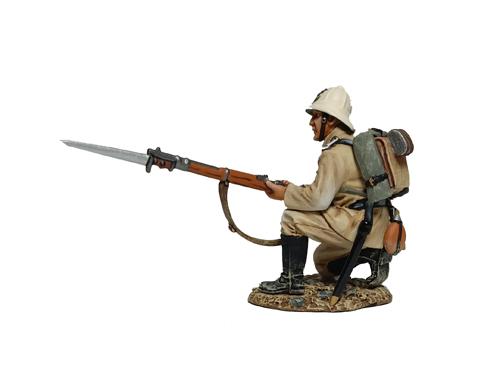 In 1900, this German III. Seebataillon private kneels and pulls the bolt back on his Mauser Gewehr 98 rifle.