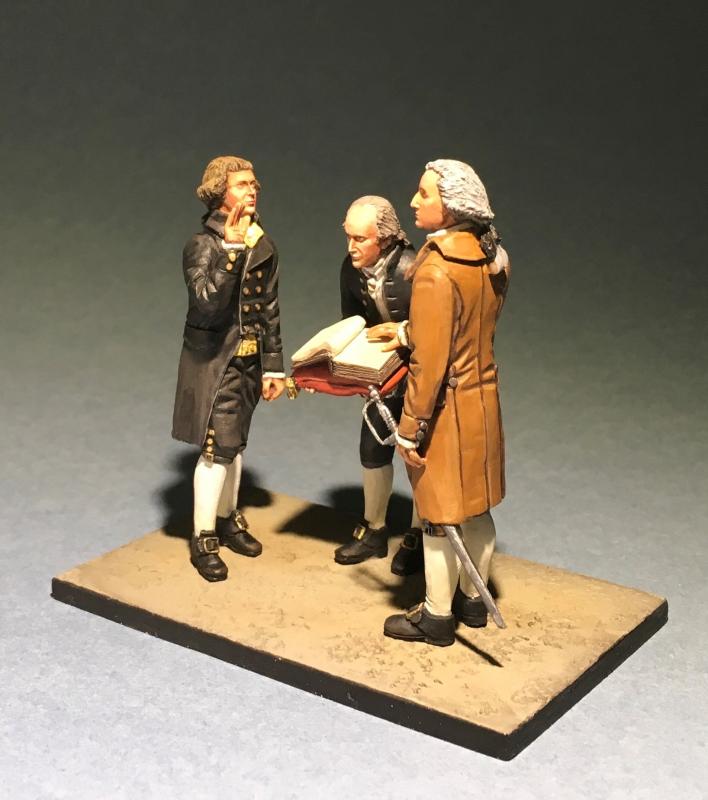 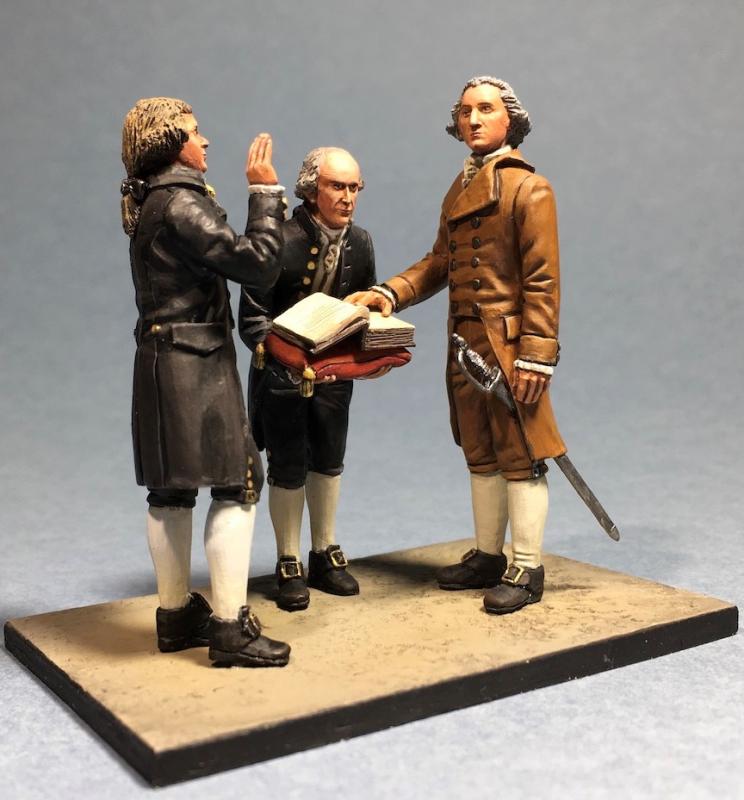 Washington was inaugurated as the first President of the United States at Federal Hall in New York, then the nation’s capitol. Famously, Washington was reluctant to accept the presidency and had written that he had given up, “all expectations of private happiness in this world.” But he also knew that this burden of duty was one he could not decline. Washington was keenly aware that everything he did at the swearing-in would set precedent. Even though he had gained his reputation through military service, he chose not to be in uniform. Instead, he wore an American-made brown suit, fashioned from broadcloth, wishing to set a trend. “I hope…it will be unfashionable for a gentleman to appear in any other dress,” he told his friend, the Marquis de Lafayette. As a nod to his martial past, he wore a less ostentatious dress sword on his hip, sheathed in a simple steel scabbard.

Recreated here is that humble and noble scene in a limited Edition of 500 numbered sets. The three 1/30 scale figures stand approximately 2½” tall, are cast in white metal and hand painted in stunning detail – all mounted on a sturdy alloy base.
These historically accurate miniatures are sure to inspire and enchant enthusiasts and casual collectors alike. This is the first in a series of national heroes. Look for additional releases in this collection in the future.