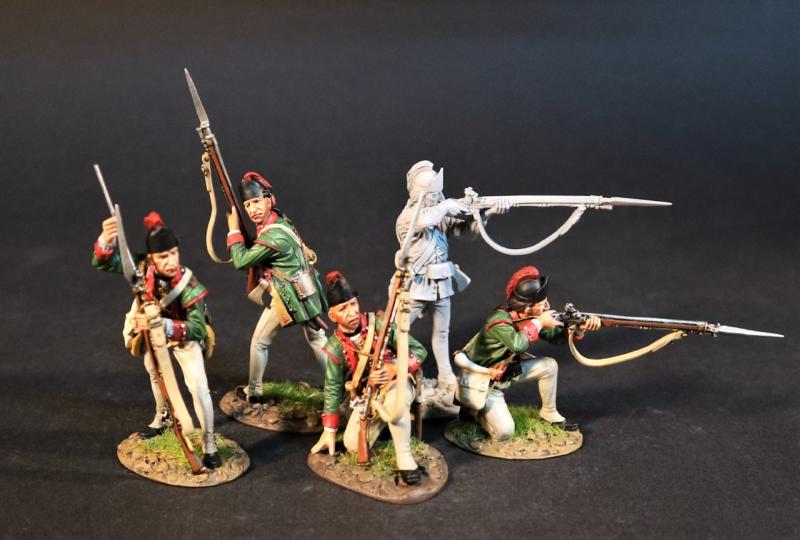 The Battle of Oriskany on August 6, 1777 was one of the bloodiest battles in the American Revolutionary War and a significant engagement of the Saratoga campaign.  A party of Loyalists and several Indian allies ambushed an American military party that was trying to relieve the siege of Fort Stanwix.  This was one of the few battles in which almost all of the participants were Americans; Patriots and allied Oneidas fought against Loyalists and allied Iroquois in the absence of British regular soldiers.  The Patriot relief force came from the Mohawk Valley under General Nicholas Herkimer and numbered around 800 men of the Tryon County militia plus a party of Oneida warriors.  British commander Barry St. Leger authorized an intercepting force consisting of a Hanau Jäger (light infantry) detachment, Sir John Johnson's King's Royal Regiment of New York, Indian allies from the Six Nations, particularly Mohawks and Senecas and other tribes to the north and west, and Indian Department Rangers, totaling at least 450 men.

The Loyalist and Indian force ambushed Herkimer's force in a small valley about six miles (10 km) east of Fort Stanwix, near the village of Oriskany, New York. Herkimer was mortally wounded, and the battle cost the Patriots approximately 450 casualties, while the Loyalists and Indians lost approximately 150 dead and wounded.  The result of the battle remains ambiguous.  The apparent Loyalist victory was significantly affected by a sortie from Fort Stanwix in which the Loyalist camps were sacked, damaging morale among the allied Indians.  The battle also marked the beginning of a war among the Iroquois, as Oneida warriors under Colonel Louis and Han Yerry allied with the American cause.  Most of the other Iroquois tribes allied with the British, especially the Mohawks and Senecas.

On 19th May 1776, Sir John Johnson left his home at Johnson Hall in the Mohawk Valley and travelled with his family and approximately 200 retainers through the Adirondack Mountains to Montreal, Quebec.  They arrived on the 15th June, just days after Governor Sir Guy Carleton’s army recaptured the city.

Johnson soon left Montreal to chase the retreating Continental Army southwards down the Richelieu Valley towards Lake Champlain.  He met Carleton at Fort Chambly where the Governor authorized Johnson to raise the King’s Royal Regiment of New York.

Initially, the members of the regiment comprised Johnson's refugee retainers from his estates in the Mohawk Valley, but the steady stream of Loyalist refugees fleeing to Montreal provided a ready source of recruits for the King's Royal Yorkers.  The Regiment served with distinction throughout the war, launching raids and relief missions into the Mohawk Valley of New York.