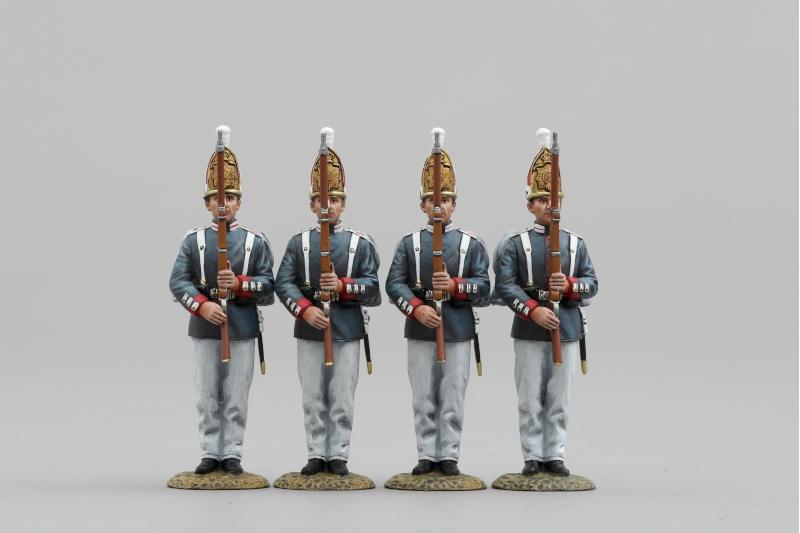 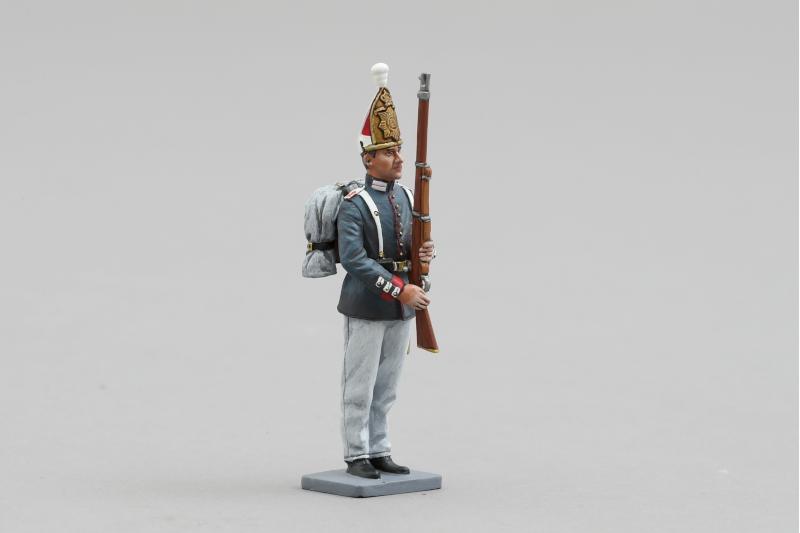 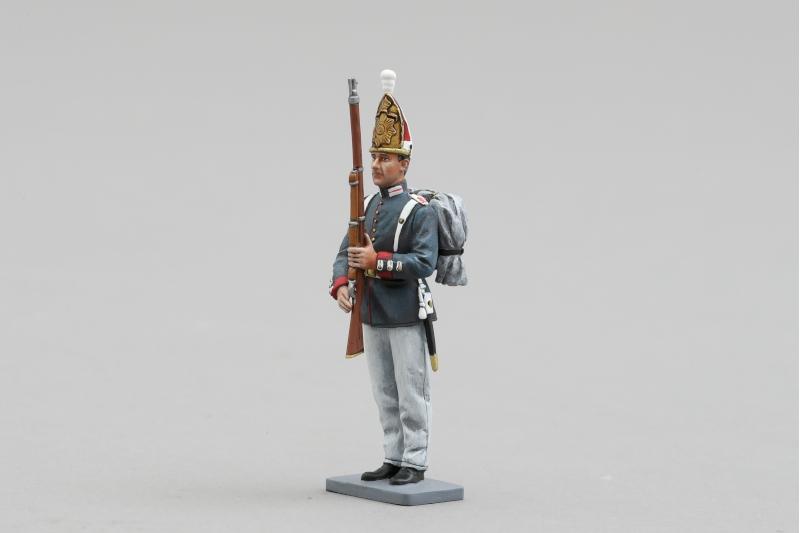 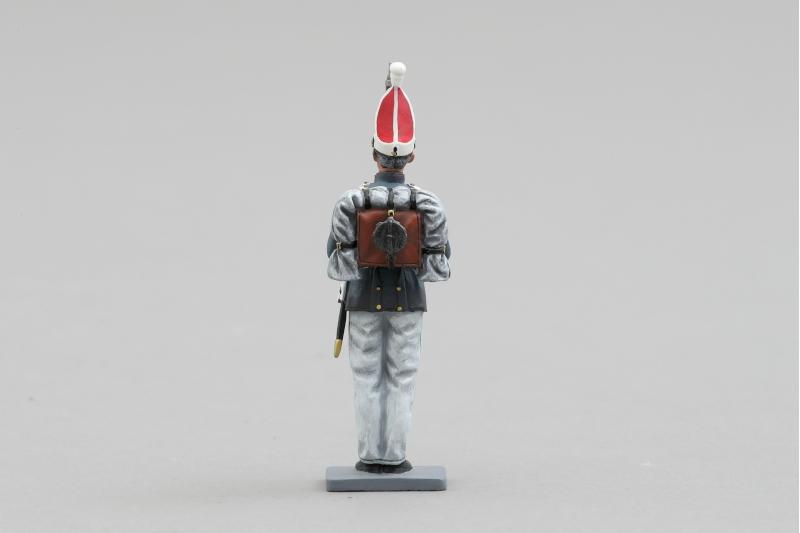 The 1st (Emperor Alexander) Guards Grenadiers were an elite infantry regiment of the Guards Corps within the Prussian army and a Guards Grenadier regiment of the Imperial German army.  The regiment's tradition dates back to 1626 when the regiment was established during the 30 Years War as a permanent mercenary unit.  The 1st Grenadier regiment was formed towards the end of the Naploeonic wars in 1814 by Fredeick WIlliam 111 of Prussia and named in honour of Alexander I who was its first Colonel in Chief.  The regiment later saw action in the Franco-Prussian war and also during WWI.

Thomas Gunn are proud to introduce this new range of figures resplendent in their parade uniforms, with officers, drummers, and flag bearers to accompany these in the near future, much like we have done with the Pavlowski grenadiers.  As the uniforms for this regiment date for the period 1900-1914, we have included them in the GW series for file reference.

Our first figure in this series comprises a grenadier presenting arms, the A version on a free form base.