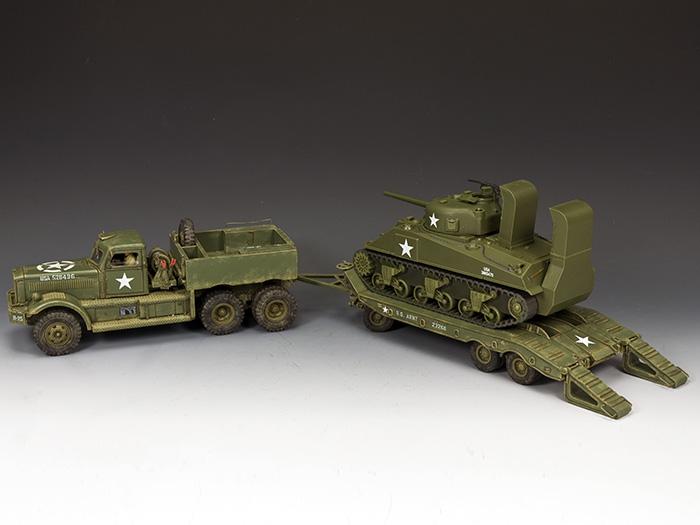 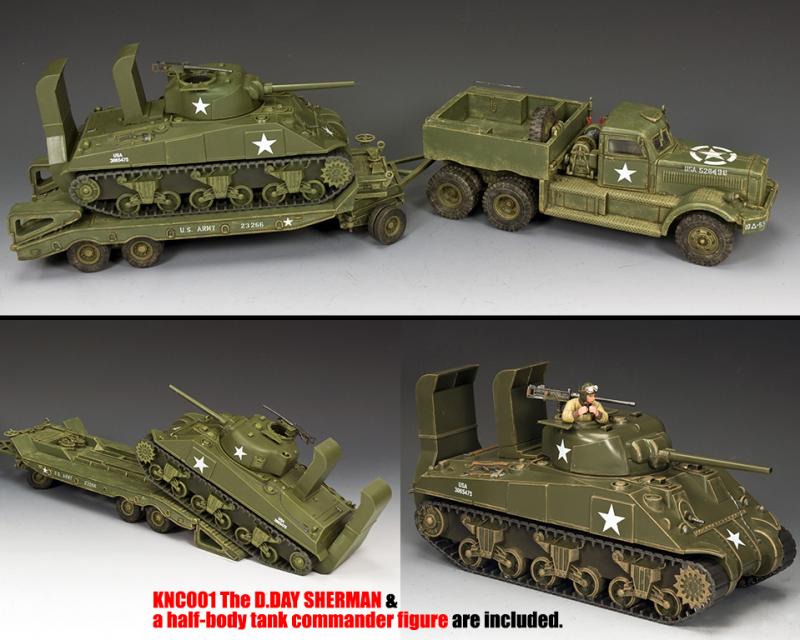 A combination of DD318 and KnC001 The Normandy Sherman

Just after the Fall of France and the evacuation of the British Expeditionary Force from Dunkirk, a small group of men (the British Purchasing Commission) arrived in America to seek out  military hardware and transport for the depleted British forces.  Among their most urgent requirements was the need for ‘Tank Transporters,’ special vehicles urgently needed to move tanks to and from the battlefield and to help recover damaged fighting vehicles and return them to their repair depots behind the front lines.

One of the BPC’s first visits was to the Diamond T & Company of Chicago who had been developing a heavy truck / tractor and trailer for the U.S. Army.  The British immediately recognized that this could fulfill their tank transporter needs.  An order for 200 of these very special combinations was placed immediately and so began... The Diamond T at war!