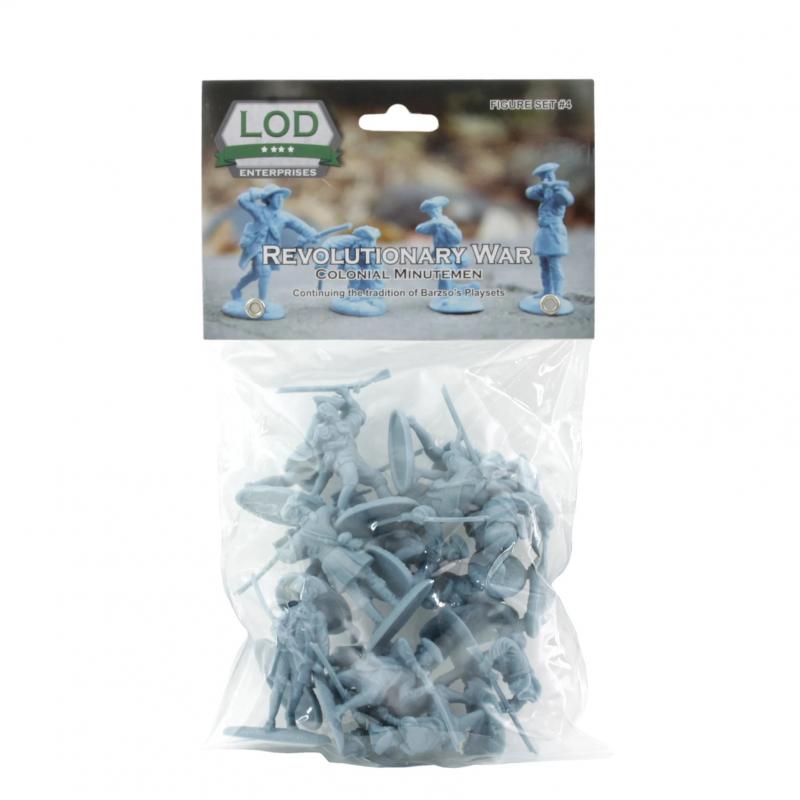 PIC SHOWS BLUE, BUT THESE ARE TAN!

The adventurers, religious idealists, and fortune seekers who established the Thirteen Colonies received little direct support from the British government.  In fact, London did not commit a significant portion of its army to North America for a sustained period until after the French and Indian War began in 1754.  That meant the colonies were on their own militarily for nearly a century and a half.  Since colonization is just a polite word for invasion, transplanted Britons found themselves surrounded by enemies.  In addition to the native peoples whose lands they coveted, British colonists engaged in fierce competition for territory and other resources with French colonists to the north and west and Spanish colonists to the south.  ​

The early colonizing bands lacked the economic means to maintain full-time armies of their own.  They provided for their defense by importing an English institution known as the militia, which operated on the principle that adult male citizens were obligated to defend their communities from both foreign and domestic foes.  Except for Quaker Pennsylvania, every colony required adult males aged sixteen to sixty to arm themselves, meet regularly for training, and stand ready to repel attacks on their respective colonies.  Although these citizen soldiers compiled a mixed record during various colonial wars, they functioned best as a home defense force, protecting white lives and property from the threat of Indian raids and slave revolts.

​When relations between the colonies and Great Britain deteriorated after 1765, the militia radicalized.  Opponents of British rule purged it of officers loyal to George III and caused militia companies to drill more frequently.  On October 26, 1774, the Massachusetts Provincial Congress decreed that 25 percent of the militia be organized into fifty-man “minute companies.”  These “Minutemen” pledged to remain prepared for action at a moment’s notice.  When 800 to 900 Redcoats slipped out of Boston on the night of April 18, 1775, to seize the colonists’ war supplies at a village in the Massachusetts countryside, Minutemen sprang to arms.  They and other militia clashed with the British at Lexington and Concord, firing the shots that sparked a revolution and put the colonies on the road to independence.