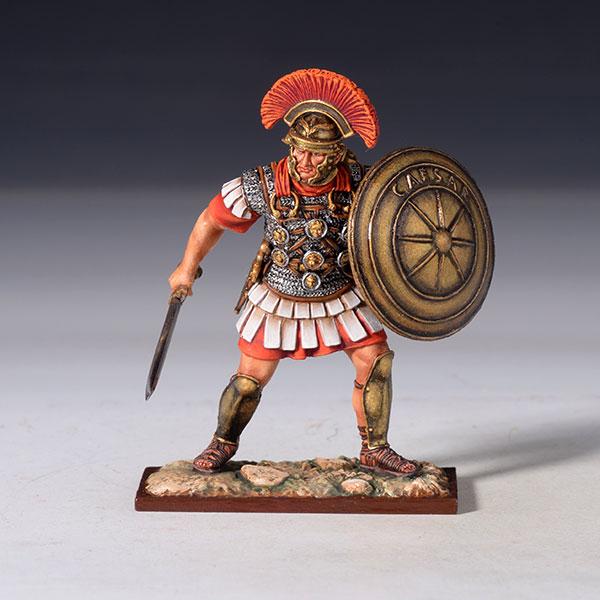 A warrior hero of the Roman legions, Centurion Caessius Scaeva was a veteran of the Gallic wars and became a storied player during Caesar’s Civil War with Pompey’s army in Greece.
When his soldiers turned back at Dyrrachium in 48 BCE, Caessius exhorted them to fight and then stood alone on a turret, hurling stones, bricks, timbers, stakes, and even corpses of the fallen. H is shield and mail armor bristled with a forest of spears and arrows, yet he stood his ground, sword in hand, midst the foes and killing or wounding his opponents.  Caessius endured his broken helmet when a Cretan archer shaft struck his brow and the arrow pierced his eye.  Caessius then slayed yet another with his sword and was carried away by his comrades.
Caesar was so impressed by his leadership in battle that he promoted Scaeva to the position of Primus Pillius of the 10th Legion, subsequent the death of the famous Centurion Gaius Crastinus, who had held that important post in Caesar’s favorite legion.