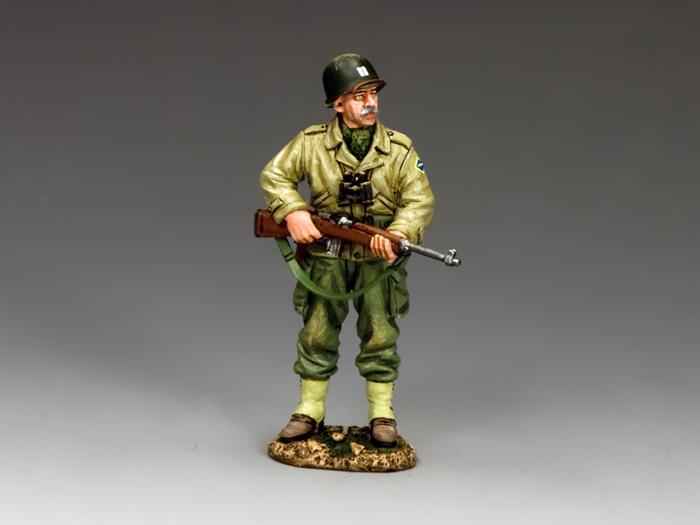 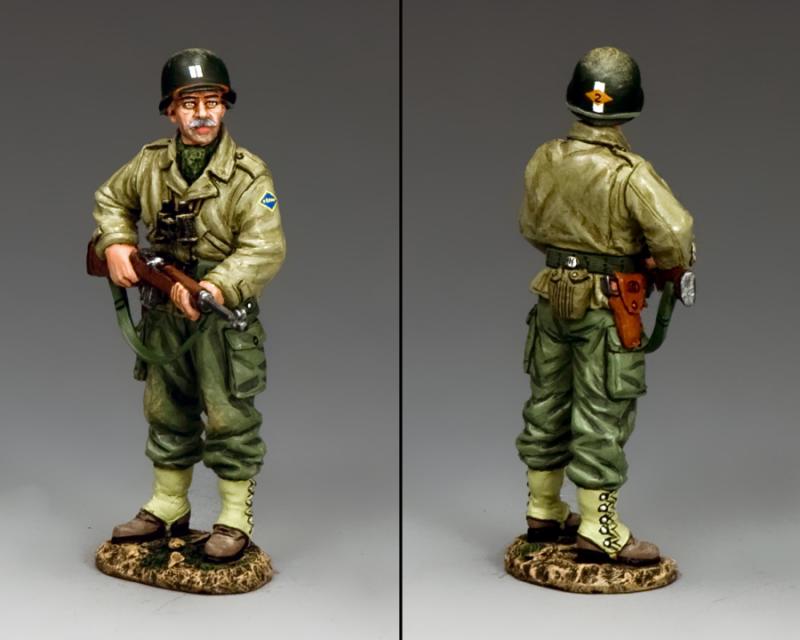 As many of you war movie buffs know, Capt. Dale Dye USMC, ret’d has carved out a unique place for himself in the film world.  He has worked both behind and in front of the cameras on such outstanding movies and TV series as “Platoon”...”Born on the Fourth of July”...”Band of Brothers”...”The Pacific” and, of course, “Saving Pvt. Ryan” to name but a handful.  He’s also a good friend of myself and K&C and was one of our very special “Guests of Honour” at the last “Texas Toy Soldier Show”.  Capt. Dye’s military contribution to making many of these fine films and series more accurate and realistic is considerable and widely praised.  Here at K&C, we wanted to say “thank you” for Dale’s work in our own small way and here it is.  We based our figure on several photos taken during the production of “Saving Pvt. Ryan” where Capt. Dye was instructing the main actors and some of the principal extras on the correct use and safe handling of real weapons...Including, in this case, the M1 carbine.  Capt. Dye totally immerses himself in all of the productions he gets involved with.  In this case, he is dressed as a “Ranger” captain and is wearing the same uniform as the men of Capt. Miller’s squad in the movie.