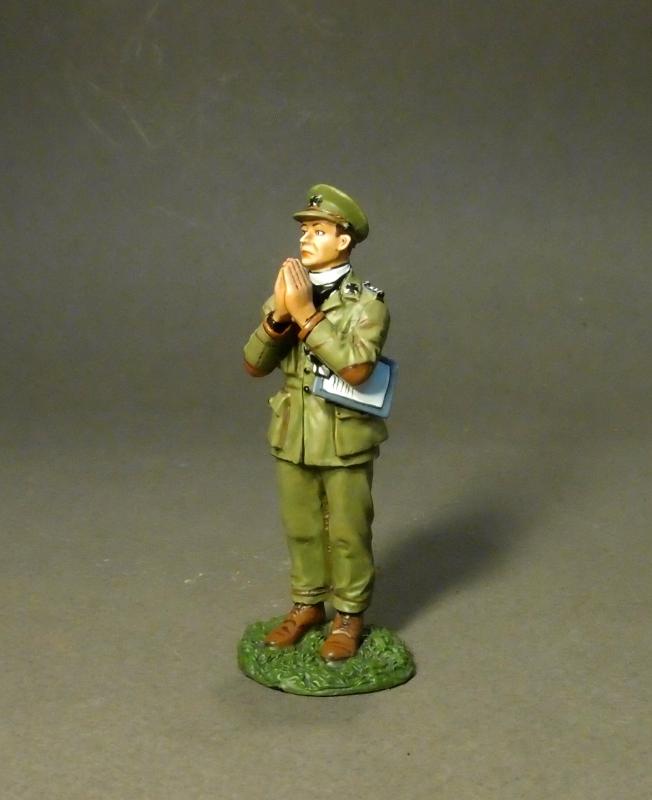 Chaplain, Chaplain to the Forces, Royal Army Chaplains' Department, Knights of the Skies
$40.00

Chaplain, Chaplain to the Forces, Royal Army Chaplains’ Department
Knights of the Skies

Chaplains are the only British Army officers who do not carry standard officer ranks. They are officially designated Chaplain to the Forces (CF) (e.g. "The Reverend John Smith CF"). They do, however, have grades which equate to the standard ranks and wear the insignia of the equivalent rank. Chaplains are usually addressed as "Padre", never by their nominal military rank.

They are unique within the British Army in that they do not carry arms. At services on formal occasions, chaplains wear their medals and decorations on their clerical robes (many chaplains have been decorated for bravery in action, including three Victoria Crosses: James Adams, Noel Mellishand William Addison)

During the First World War, some 4,400 Army Chaplains were recruited and 179 lost their lives on active service.