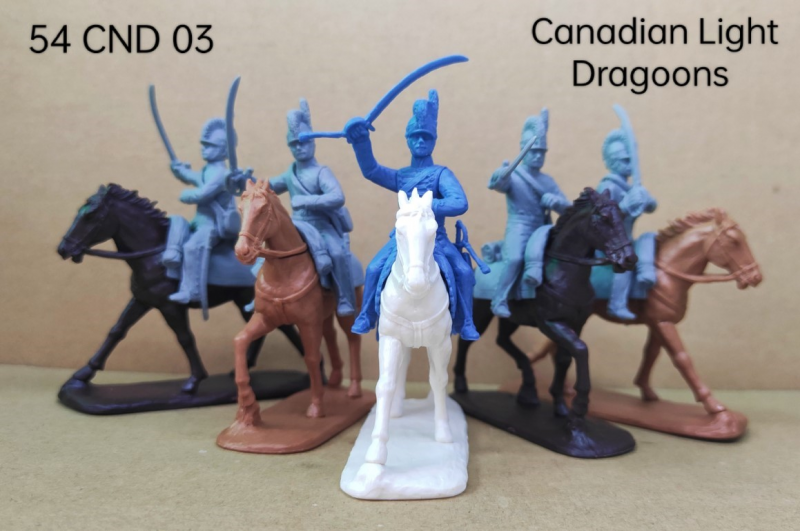 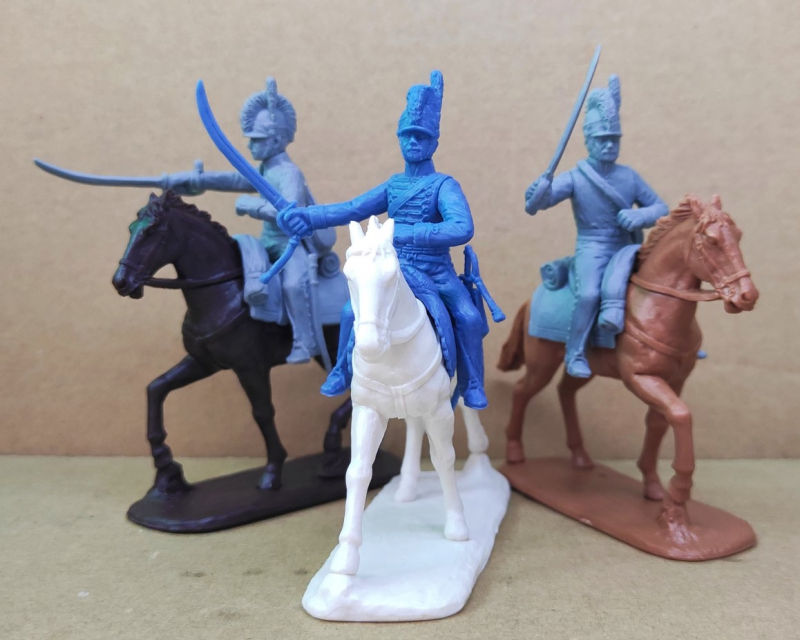 The set contains 5 model soldiers comprising of 1 officer and 4 troopers, plus 5 horse models.  The heads and arms are interchangeable to enable the assembly of different postures.  Although there are no massed cavalry battle actions in the War of 1812, the transportation mode of the period requires the availability of horse soldiers for many field operations.  The Canadian Light Dragoons are issued with sabres and pistols, but not carbines.

Their uniforms are those of pre-1812 British Light Dragoons with Tarleton helmets and laced jackets, except that the men are often depicted as wearing only roundabout jackets.  Only the officer wears the laced jacket.

We chose to do a set of Canadian cavalry to complete the range of troop types for the period.