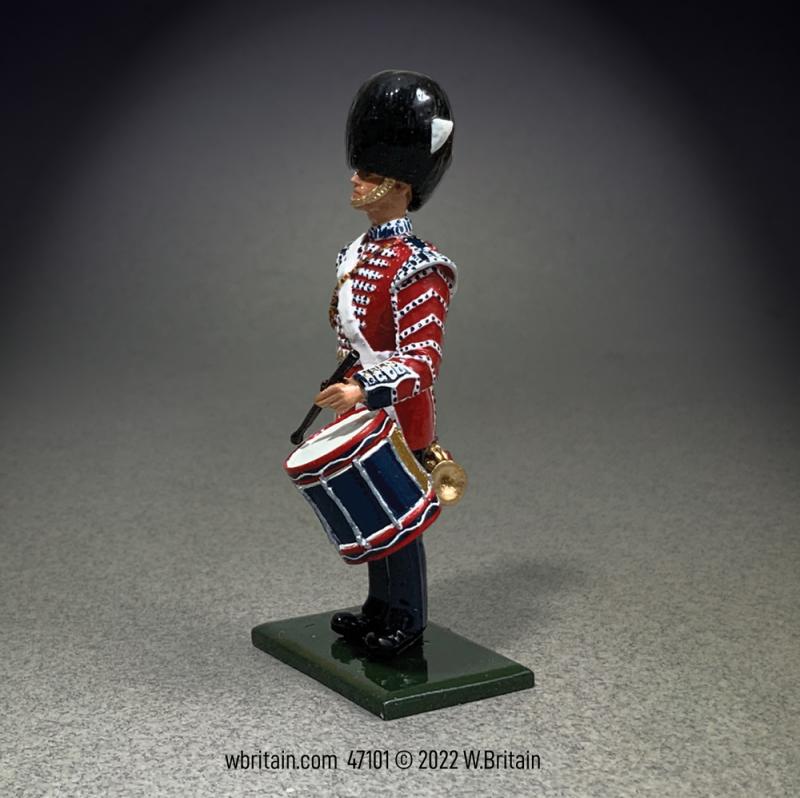 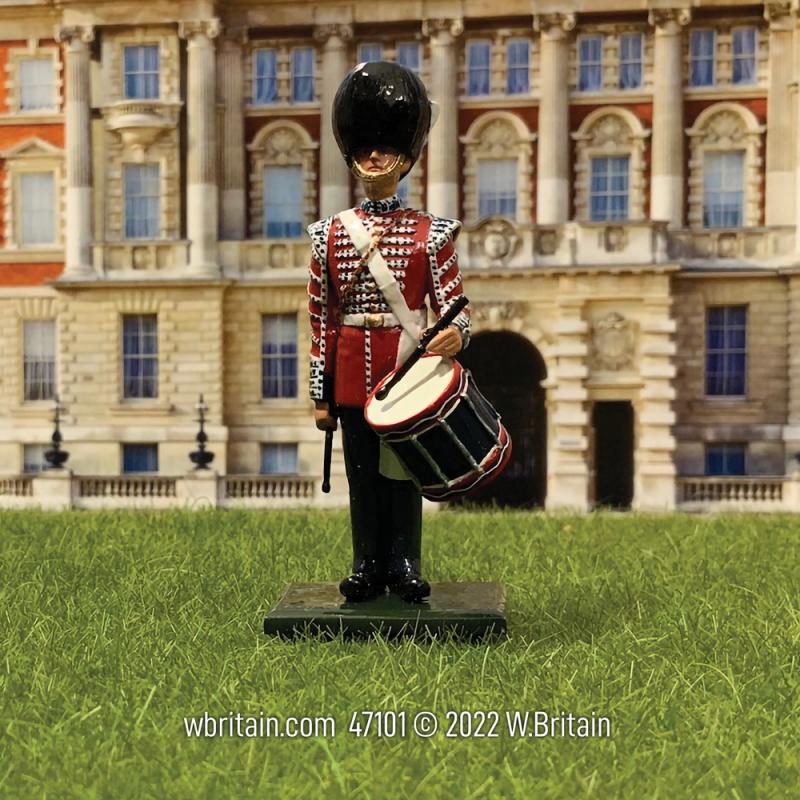 In the 1960s, rod tension style drums were introduced replacing the old rope tension drums – rope tensioned brass drums remained almost unchanged in construction from the 1700s to the 20th century. The change to a brass shell somewhat altered the sound of the deeper toned, all wood construction drums. All drummers in the Guards now use this rod tension style drum, but the transition was not sudden. Steve Ward, a former senior household division Drum Major stated “Now all guards regiments tried to retain rope drums when on their own, however, when massed around 1960s there are films of rod, basically as the regiments went into rod they used them for massed, but when on own retained the rope, and that was still until the late 1980s.”