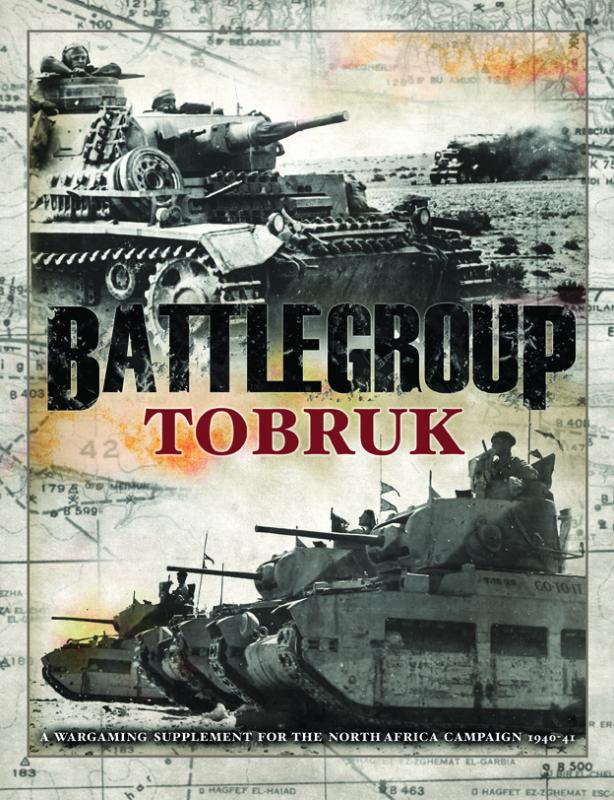 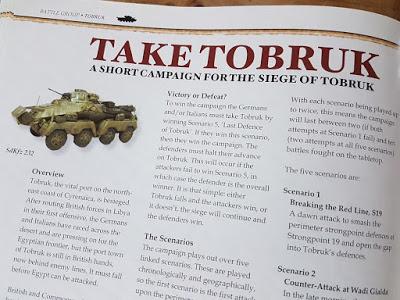 BACKGROUND A general overview of the early North Africa campaign, from the Italian invasion of Egypt, through the long siege of Tobruk, to Operation Crusader, and the Afrika Korps’ counterstroke that would bring them to the Gazala Line in early 1942. Also includes background on the invasion of Crete and the Italian campaign in East Africa. ARMY LISTS Nine army lists designed to be played with the character of the principal combatants for North Africa and Crete: the Deutsche Afrikakorps, the Italian Ariete armoured division, Italian Infantry divisions to face British (and Commonwealth) armoured and infantry divisions. Also, the LRDG and Auto Saharan patrols. For Crete, army lists for the 7th Flieger Division facing the Commonwealth’s beleaguered defenders of the island. Also includes rules for alterations to the army lists to play the battles of the East African campaign.

SPECIAL RULES:  New special rules to adapt the core Battlegroup rules to the North African battlefields.  Recreating the character of desert fighting, with its dusty conditions, reliance on tank warfare and mobile formations, and the wearing effects of the harsh conditions, all helping to create games with the distinctive feel of the desert war.