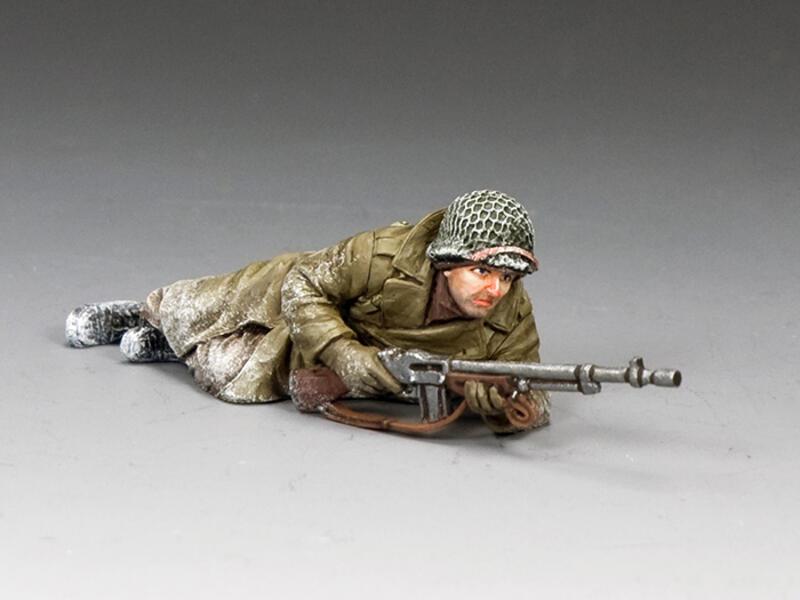 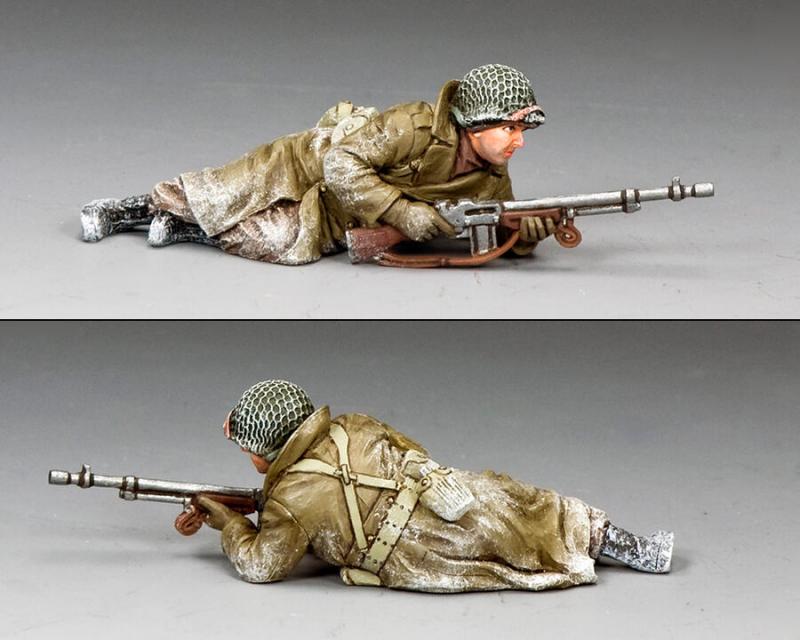 Although, strictly speaking, the B.A.R. (Browning Automatic Rifle) was not a machine gun, it was employed mostly in the light machine gun role within American WWII Infantry Squads.  Each American infantry squad (usually 8-10 men) would always contain at least one soldier carrying the B.A.R.  Both the M1 ‘Garand’ Rifle and B.A.R. used the same .30 cal. ammunition.

K&C’s new B.A.R. Gunner is taking cover as he observes the enemy.