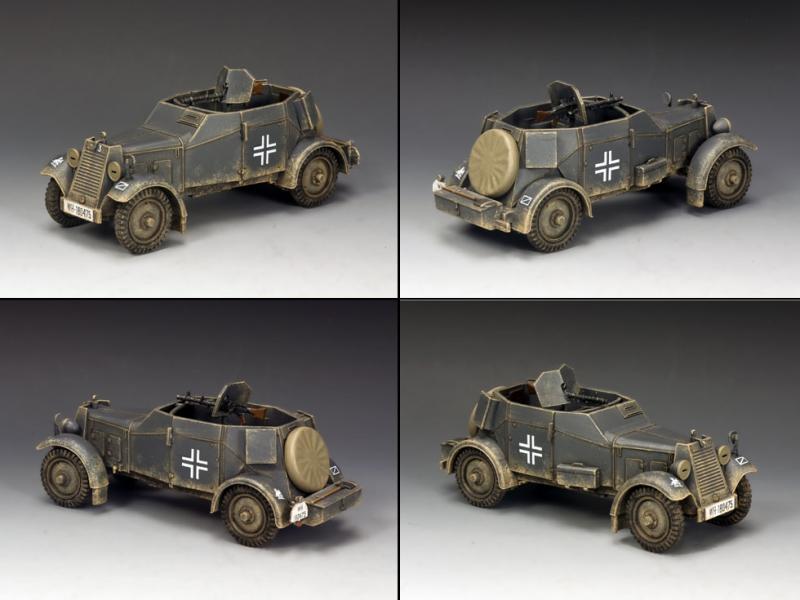 Originally designed in the late 1920’s to comply with the Versailles Treaty specifications, these little vehicles were used extensively in the Polish and French campaigns of 1939 and 1940.  Although under-gunned and under armoured by June 1941 when “Operation Barbarossa” took place, they were once more called back into service.