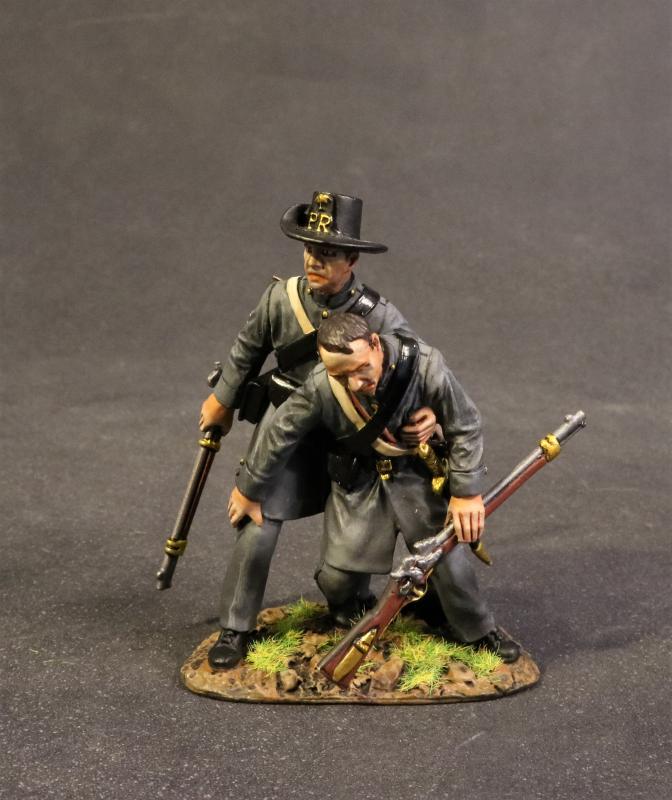 The Palmetto Riflemen were raised in Anderson in 1861, South Carolina and were designated as Co. B, 4th South Carolina Infantry. By 1862 the regiment was re-organized as the 4th South Carolina Battalion, but by the end of that year it had been consolidated into two companies that became Cos. I and K of Hampton’s Legion.

Local women made the dark grey frock coats and trousers during February 1861, and an entry in the local “minute book” stated that the brass PR should be worn on the Hardee hats.

With the 1862 re-organization of the Confederate army, many men from the originally established South Carolina companies elected to re-organize into a newly created Regiment of Palmetto Sharpshooters.

Colonel Micah Jenkins was the founder and Commander of this Regiment, who under a special act of Confederate Congress was authorized to organize 12 Companies into a specialist regiment of sharpshooters, the Companies of which would have been detached to various Brigades wherever they were needed, their duties would have included advanced picket duties, point and flank guards to protect heavy infantry columns from cavalry attack, night assaults against federal outposts and pickets and of course general sharp shooting to create havoc anywhere in the Union lines.Unfortunately it would appear that they generally fought as heavy infantry throughout the war.