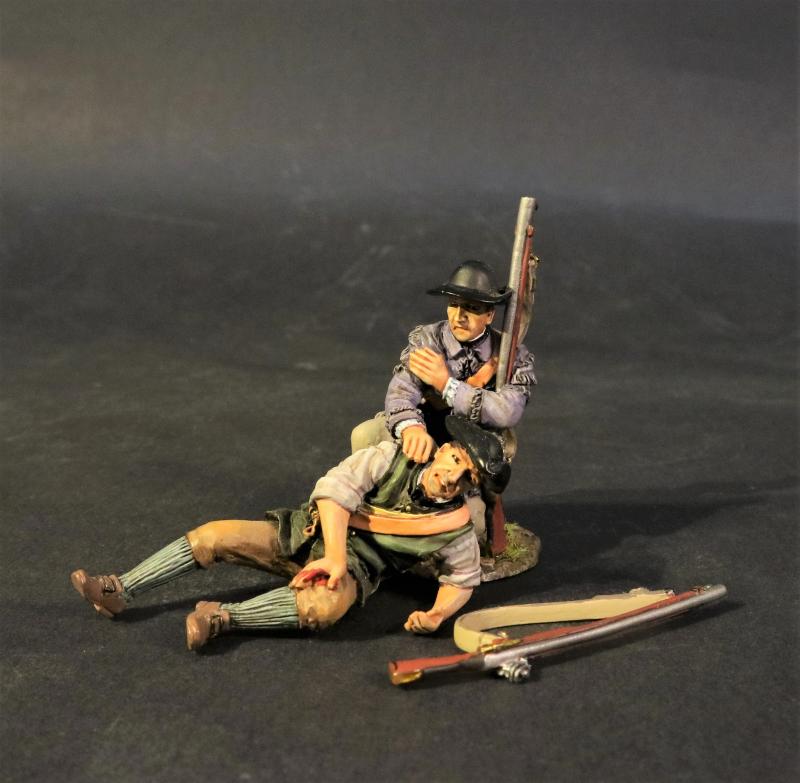 2 Militia Casualties, The Battle of Oriskany, August 6, 1777, Drums Along the Mohawk

In July and August 1775, Herkimer headed the Tryon County Committee of Safety, and became colonel of the district militia.  After the split in which Loyalist militia members from the area withdrew to Canada, he was commissioned a brigadier general in the Tryon County militia by the Provincial Congress on September 5, 1776.  In June 1776, he led 380 men of the Tryon County militia to confront Joseph Brant (Mohawk) at Unadilla, New York.  Herkimer asked the Mohawk and five other Iroquois nations to remain neutral, while Brant said the Indians owed their loyalty to the King.

When Herkimer learned of the siege of Fort Stanwix to the west in late July 1777, he ordered the Tryon County militia to assemble at Fort Dayton.  He marched them out to Fort Stanwix, about 28 miles to the west. His force marching in column was ambushed on August 6 by a mixed force of British regulars, Tory militia, and Mohawk in the Battle of Oriskany.  Herkimer's horse was shot, and he was seriously wounded in the leg.  In spite of his injuries, he sat propped up against a tree, lit his pipe, and directed his men in the battle, rallying them to avoid two panicked retreats.  When they withdrew, they carried him home.

The brigade surgeon, William Petrie, dressed Herkimer's wound in the field and placed him on a litter.  The wound quickly became infected, but the decision to amputate the leg was delayed for about ten days after the battle.  The operation was performed by an inexperienced surgeon, Robert Johnson, because Petrie had also been wounded in the battle and was not available.  The operation went poorly, the wound bled profusely, and Herkimer died of the injury on August 16, at around the age of 49.