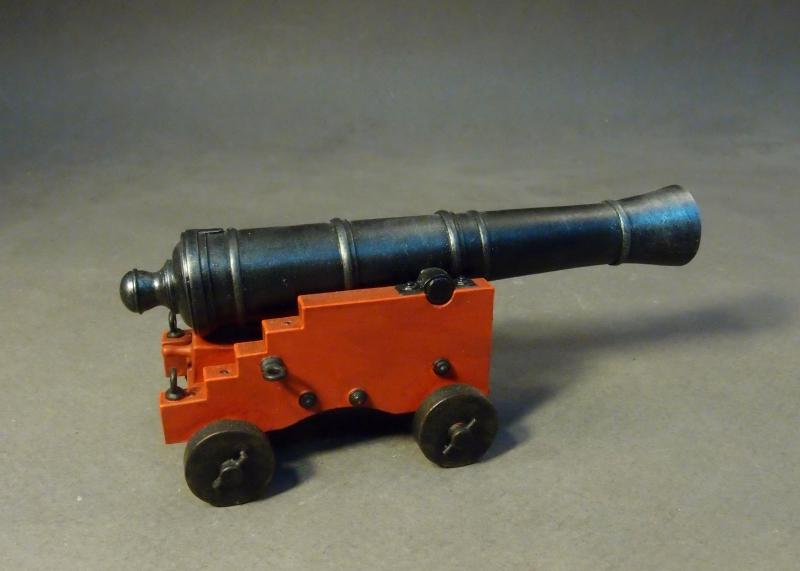 The 24-pounder was a common naval gun.  It was the preferred "attacking" siege gun, as it hit hard, and the gun weight was still manageable.

The 18-pounder was the preferred "defensive" siege gun, similar in size and with nearly the same range as a 24-pounder, but it saved on gun powder, which was nearly always a huge concern for whoever was being besieged.

Many of the larger mid- and late18th century ships were furnished with a mix of 24-pounders (middle deck) and 32-pounders (lower deck) with lighter guns on the upper deck.

*Note: This set is only for the Cannon, Crew Sold Separately.